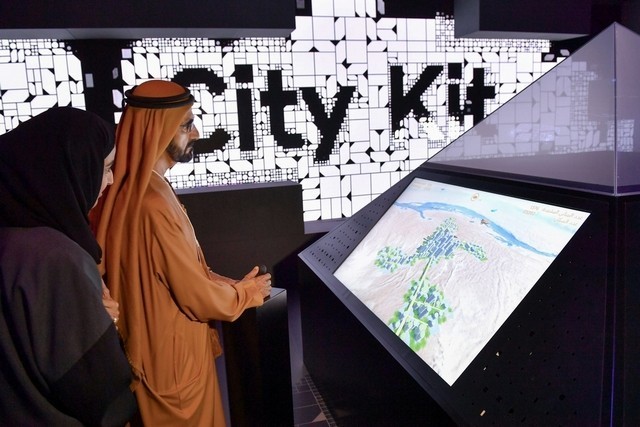 Dubai Future Foundation
His Highness Sheikh Mohammed bin Rashid Al Maktoum, Vice President and Prime Minister of the UAE and Ruler of Dubai, inaugurated the Museum of the Future installation at the 5th annual World Government Summit, which took place in Dubai on February 12-14, 2017.

The latest edition of the Museum of the Future – an initiative of the Dubai Future Foundation – addresses the reality of climate change. It presents a future where we have not only survived the challenges of climate change in the mid-21st century, but have thrived.

The exhibit underlines the inevitability of major environmental change and the importance of adapting proactively. It proposes three new ideas for how we can deal with the consequences of climate change, unveiling imaginative approaches for how countries can adapt to climate change and lead the future.

The world crossed a critical threshold in 2016. The concentration of CO2 in the atmosphere passed 400 parts per million (ppm), the point at which irreversible climate change is inevitable. Even if we stopped emitting pollution today, we will still experience climate change in our lifetime. This will dramatically affect our basic livelihoods.

The Museum of the Future draws attention to three main challenges that will result from climate change: water supply, food security, and self-sufficient cities.

By 2050, the United Nations estimates that we will need to produce 70% more calories than today to feed a growing global population. Studies show that the UAE imports 85% of its food, costing the country 15% of its GDP. The Ministry of Economy predicts the cost of importing food to quadruple to 60% of GDP by 2025, unless local, sustainable food sources are provided.

According to the OECD, the global supply of potable water is projected to fall 40% short of global demand by 2030. Meanwhile, the UAE procures 80% of its drinking water through desalination, with demand for drinking water constantly increasing.

Finally, sea level rises could displace more than 250 million people by the end of the century, making most coastal cities uninhabitable. Up to 80% of the UAE’s population and 95% of its infrastructure could be underwater by 2100.

Museum of the Future Exhibit 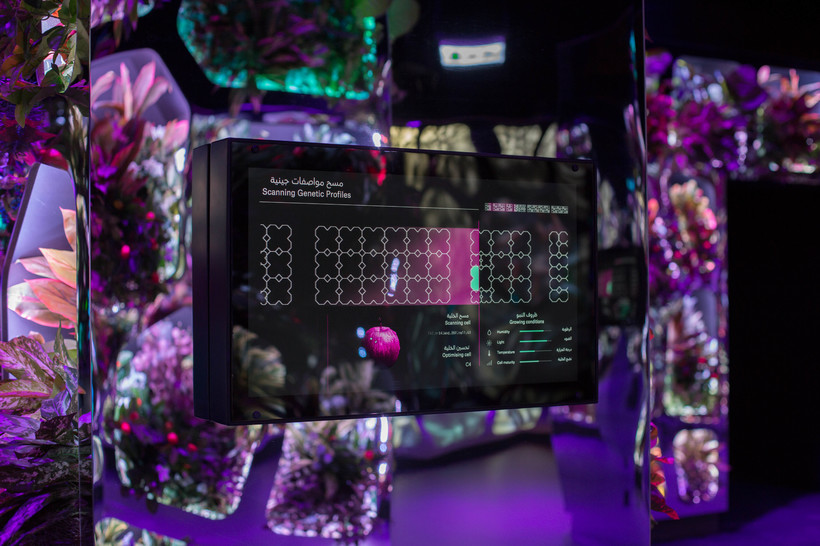 2. “FreshWater living jellyfish”, a combination of the genes of jellyfish and mangrove roots to create giant, living fresh-water factories off the coast of major cities. 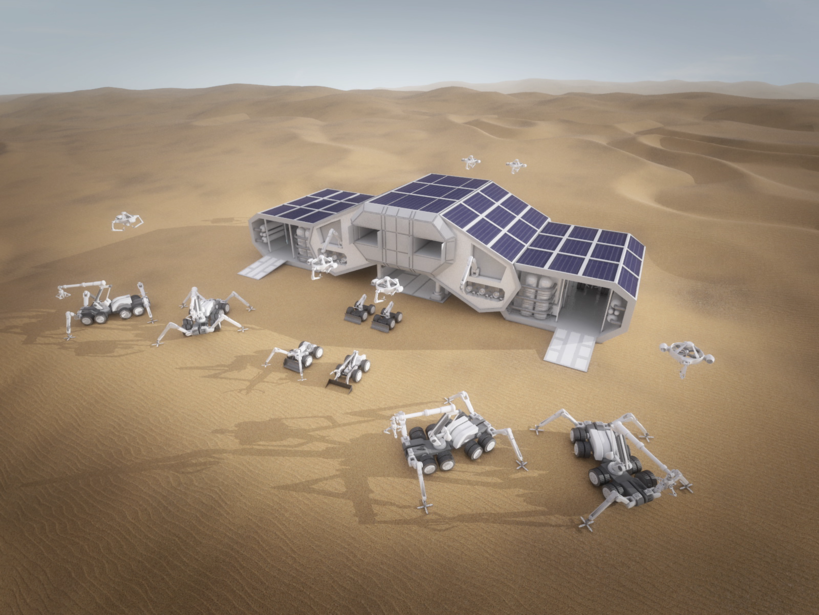 3. “City Kit” – a “self-building building” solution that uses biotechnology and robotics to construct 100% self-sufficient cities in a matter of weeks.

His Highness Sheikh Mohammed bin Rashid Al Maktoum, Vice President and Prime Minister of the UAE and Ruler of Dubai, said: “We take the opportunity today to share our vision for the future, and our proposed solutions to face climate change, while exploring all possible opportunities,” He continued. “The Museum of the Future is a global platform where leading experts can identify the most prominent scientific and technological trends of the future. It is a catalyst for future forecasting and study efforts, and plays a pivotal role in setting policies and strategies that allow the world’s governments to benefit from the technologies of the future and their potential.”

The Museum of the Future is a permanent installation in Dubai, exhibiting the inventions and technologies of the future. It is a dedicated global platform to experiment with bold ideas and develop pragmatic solutions, as well as act as a real-world incubator for innovation.

Original Post: Museum of The Future in Dubai Takes You Into 2050