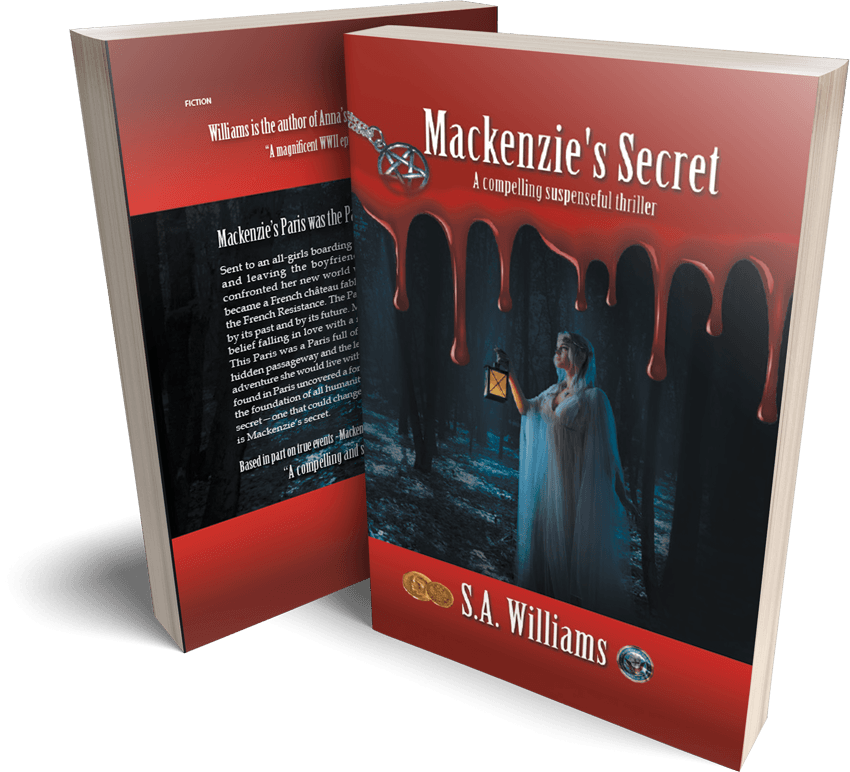 S.A. Williams, author of the critically acclaimed World War II epic “Anna’s Secret Legacy,” recently unveiled the suspenseful thriller’s sequel in her new novel “Mackenzie’s Secret.” Williams is currently in talks with film and TV industry executives in Hollywood and those attending major festivals, including during the upcoming Toronto International Film Festival, with major plans to bring her stories to the screen. 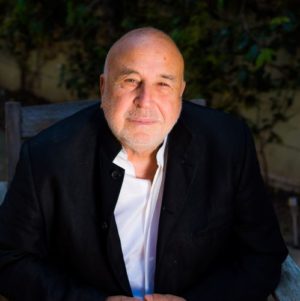 Larry Namer, founder of E! and Metan Global Entertainment Group Film Fund I, comments, “When I read Anna’s Secret Legacy and Susan’s latest book Mackenzie’s Secret, I immediately saw the story’s potential to be adapted for the screen, as a mini-series or a theatrical feature. War, espionage, intrigue, groundbreaking medical discoveries, all make for an exciting journey for audiences around the world.”

“I’m delighted to share Mackenzie’s Secret with my readers,” adds Williams. “My first novel Anna’s Secret Legacy was a labor of love, and now to be able to continue the story is deeply satisfying to me. I hope soon to translate these stories from the written pages to the television and motion pictures screens.” 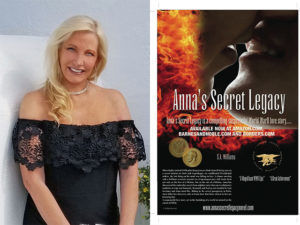 Set in Europe in 1969, “Mackenzie’s Secret” begins with the introduction of Anna’s daughter, 20-year-old Mackenzie Conyers. Sent to an all-girls boarding school, feeling abandoned, and leaving the boyfriend she loved behind, Mackenzie confronted her new world with little trust. Her home became a French chateau fabled to have been a haven for the French Resistance. The Paris she knew was conflicted by its past and by its future. Mackenzie betrayed her own belief falling in love with a man she could never have. This Paris was a Paris full of secrets. What she found in Paris uncovered a forgotten mystery that haunted the foundation of all humanity. Now she held a dangerous secret – one that could change the world or destroy it.

Both titles are now available on Amazon, Kindle, Barnes & Noble and Archway Publishing.

S.A. Williams was educated in London, Paris, Madrid, Brussels and Rome. Her international background has provided an unusual cultural fluency which flourishes in her novels.  After a youth spent in the great capitals of Europe, she returned to her native New York graduating from Syracuse University. She earned her post-graduate credentials in Global Marketing and Management, Entrepreneurship and The CEO Leadership Program from Wharton – University of Pennsylvania and in Global Marketing and Strategic Management from Harvard Business School.

Her interests and background in business led to her founding of a well-recognized media-buying company out of the Philadelphia region after working in radio and network TV. Noted for her production of radio and TV commercials, she was also singled out by Billboard Magazine for her voice-over talent. In 2007, she was invited to be the keynote speaker to the American Bankers Association on “The Changing Landscape of Media.” She resides in Los Angeles and Philadelphia.

Member of the Screen Actors Guild, Williams earned bronze, silver and gold medals from The London Academy of Dramatic Arts, and has worked on the sets of such notable films as The Age of Innocence, Philadelphia, The Sixth Sense, Unbreakable, How Do You Know, Rocky Balboa, and others. Williams will be featured in the September issues of L.A. Confidential and Manhattan magazines.