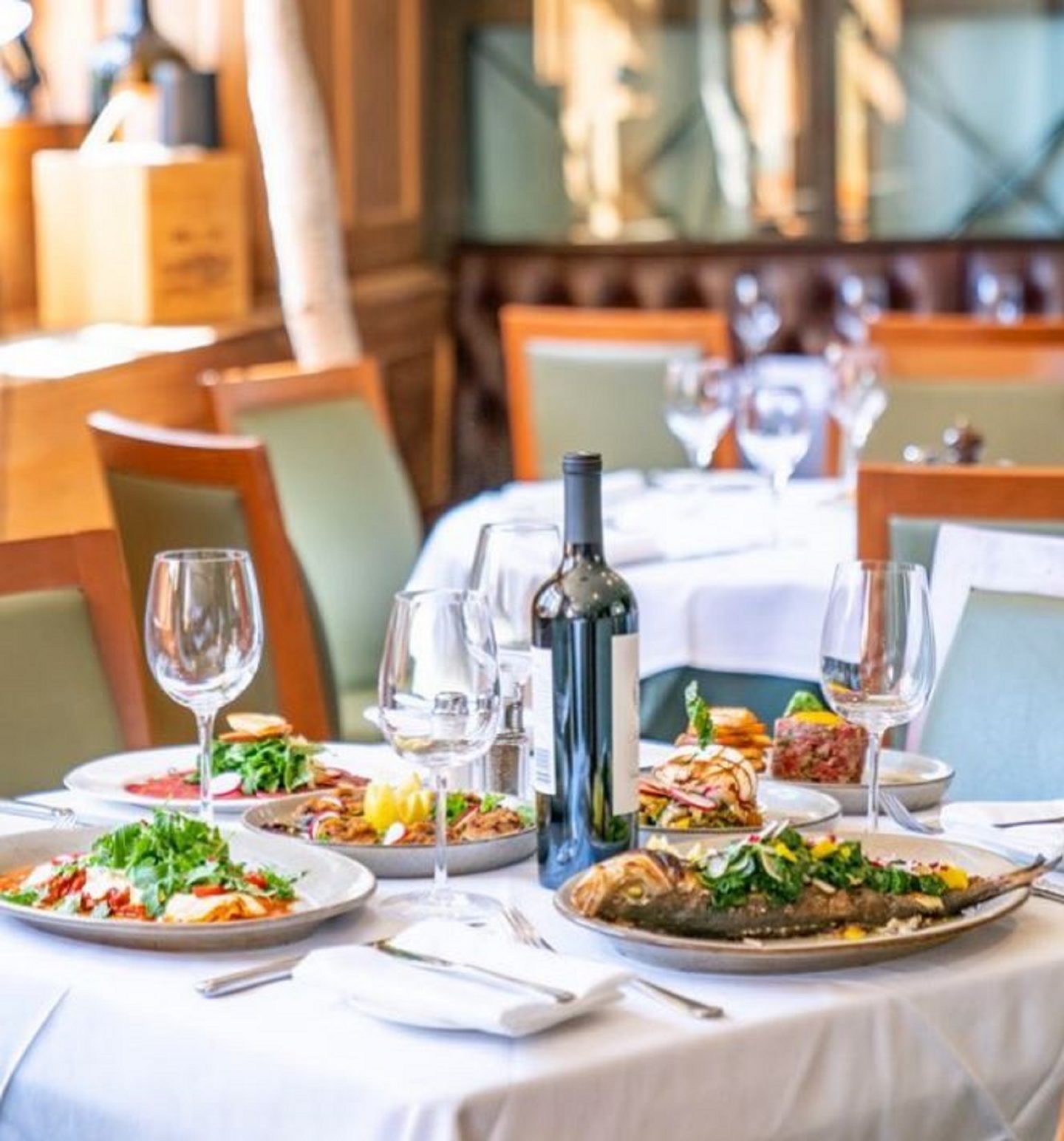 ML: The space that is now Tudor City Steakhouse opened as the Tudor City Restaurant in 1927 to serve what was the world’s first skyscraper residential complex..  It was one of the many aspects of Tudor City that made is a self-contained community, including as a grocery store, coffee shop, laundry, kindergarten, hair salon and book shop.  It also  boasted recreational amenities, such as tennis courts, a park and a miniature golf course.  The bi-level space overlooks the East River and one of the what are now two parks known as Tudor City Greens,  Over  the decades, the restaurant has had several personas, including that of two high-end Italian restaurants, L’Impero and Convivio, which launched the careers of two super-star chefs, Scott Conant and Michael White.  What it didn’t have until  the pandemic was significant outdoor dining space.  Now, we have some of the largest and best in the city! 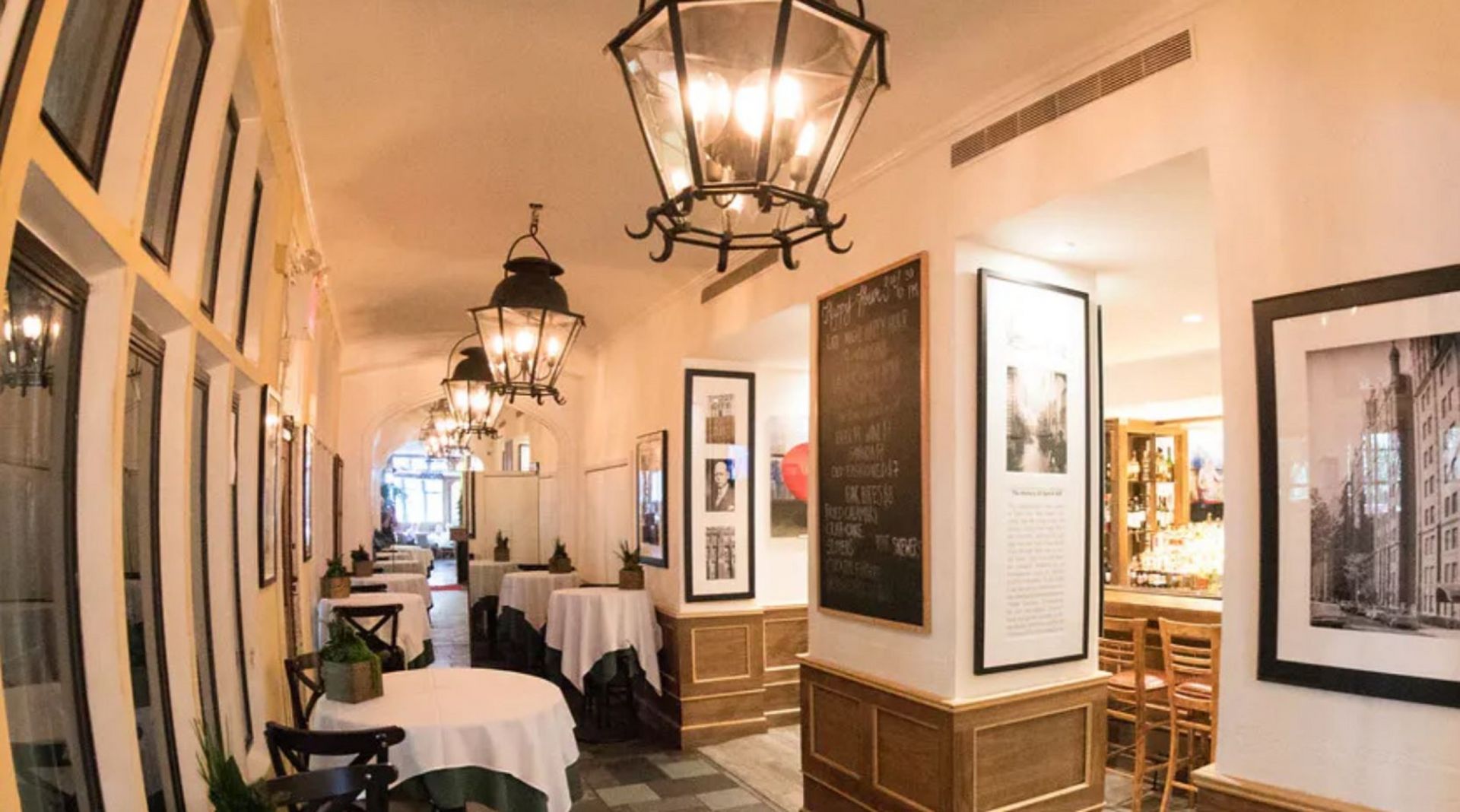 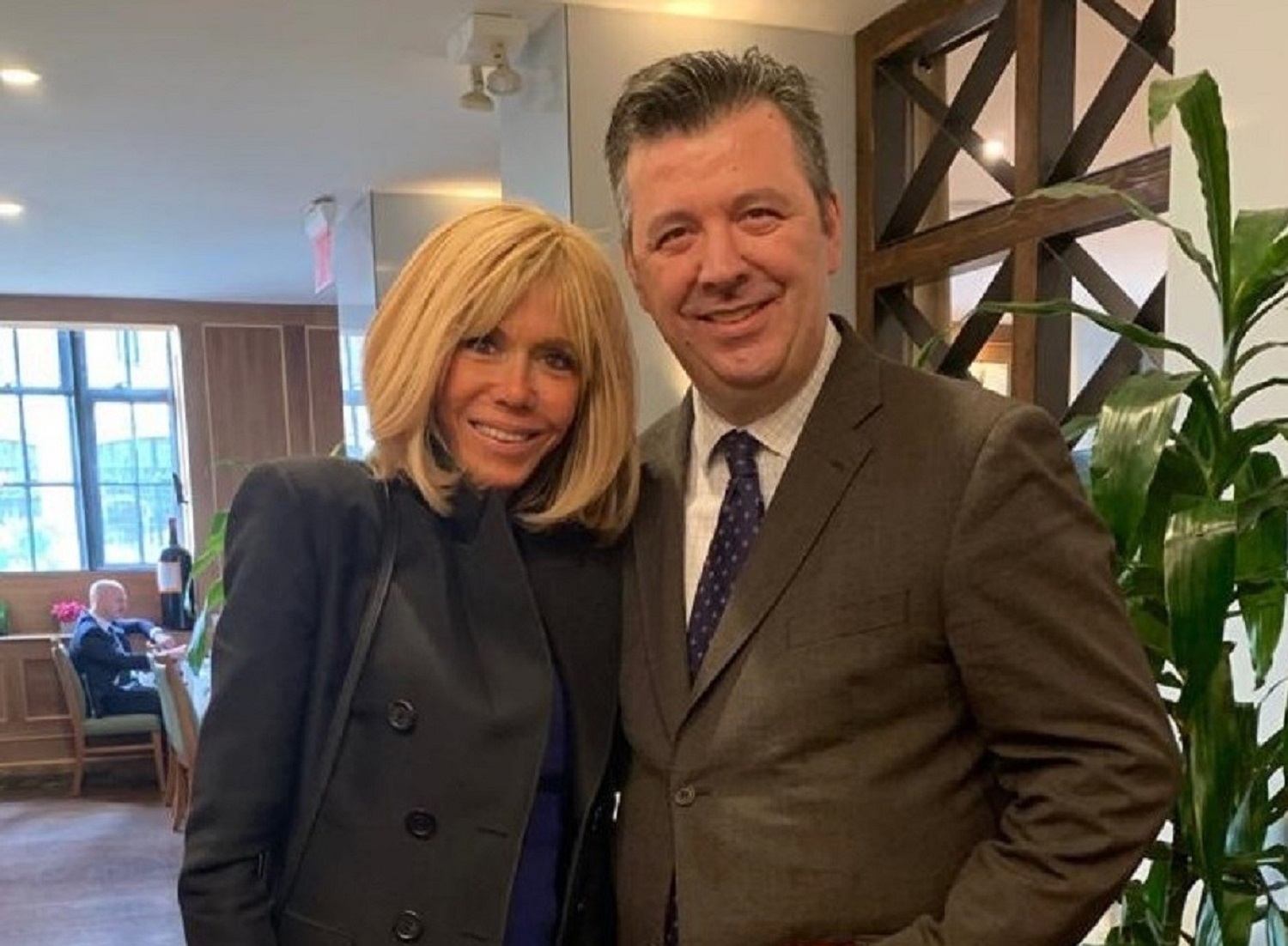 GC: Tudor City Steakhouse’s known for its specialty in its steaks. Can you walk me through how they are made with such savory flavors?

ML: It starts with top quality product – prime beef, which we butcher and dry-age on site.  Then we cook on specially built  high heat grills, which locks in the flavor.    When they come off the gill, we season with a little salt and serve them still sizzling. 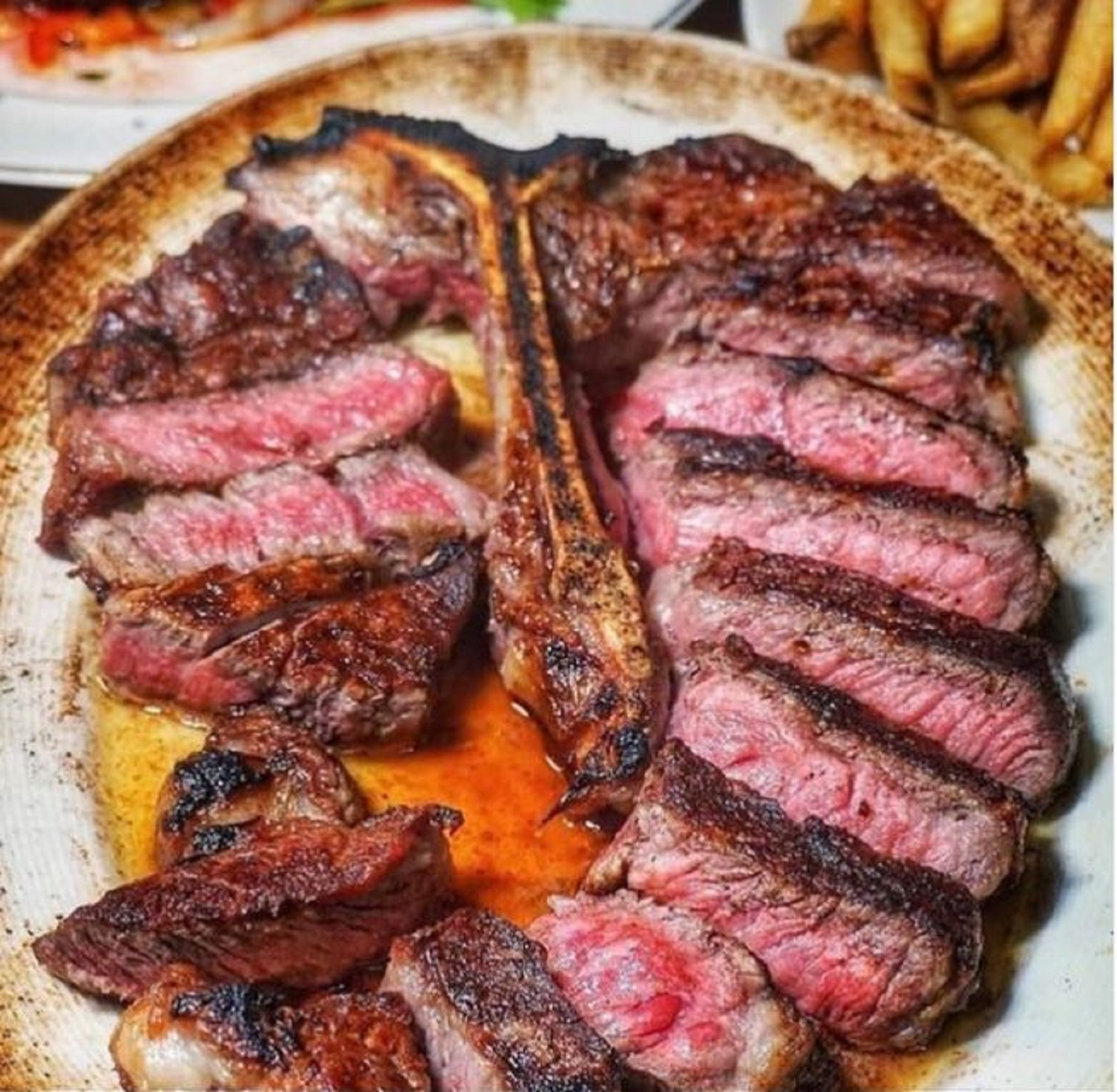 GC: As Tudor City is a historic location, I imagine some interesting events have taken place here. Do you have a specific story that stands out?

ML: We haven’t been here all that long! We opened in the fall of 2017, taking over the space which had been dormant for six or seven years.  I am sure if these walls could talk, they would have lots of  stories.  We’ve certainly had some memorable events and people here. We did an event for the Secretary General of the United Nations, which is just across 1st  avenue from us.  In fact, the location has meant we have hosted countless international dignitaries and their guests, .  Recently, we‘ve done fundraisers for several mayoral candidates and we’ve been involved in TV and movie shoots – Tudor City is so scenic and atmospheric, it’s a favored New York City location for shoots.  One thing we look forward to four times a  year is Manhattanhenge, when the rising  or setting is aligned with the city’s east-west grid pattern.  The bridge over 42nd St. right next to us is one of the top places to watch and photograph Manhattanhenge, because it is one of the few streets which stretch all the way across town from the Hudson River to the East River.  For the last one, at the  end of May, there were hundreds of people on the bridge watching it; as many as we could accommodate stopped in to eat and drink afterward.  We even do a special Manhattanhenge cocktail to honor the phenomenon. 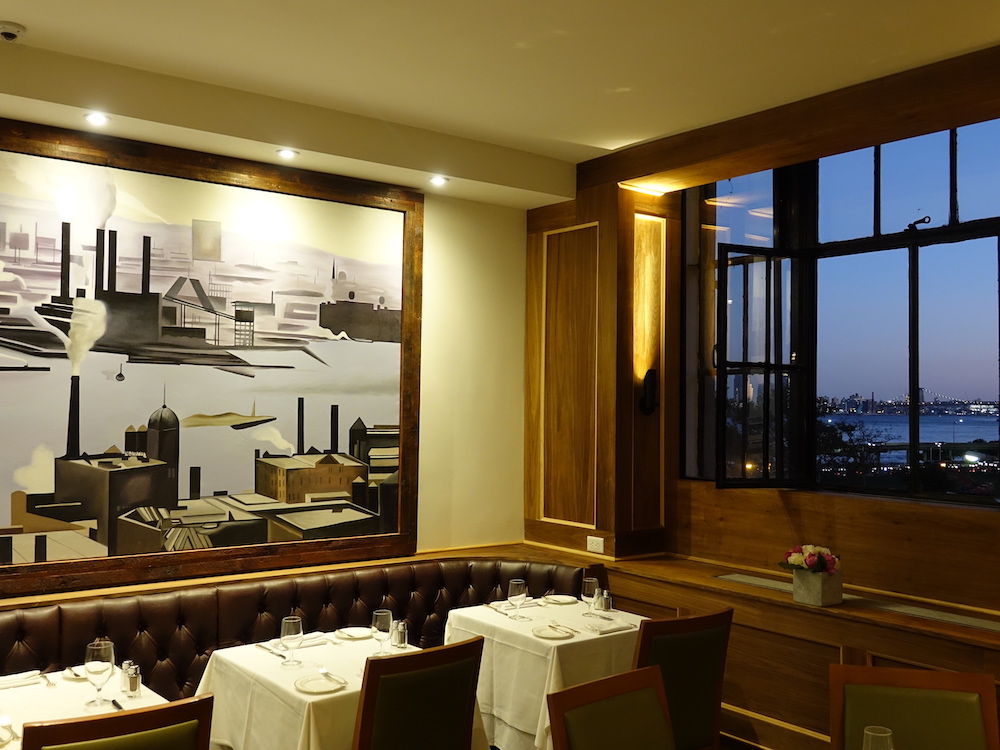 ML: While, what I call our “little slice of paradise” is still one of the city’s best kept secrets, it has gained international fame because of its been featured in so many movies, like Scarface and the Spiderman trilogy and TV show; Billionaires comes to mind.  That attracts locals and tourists alike. . And of course the UN is a major attraction in the city and its proximity attracts people. Plus we have a justified  reputation for being one of the better priced high end steakhouses, which also draws diners.