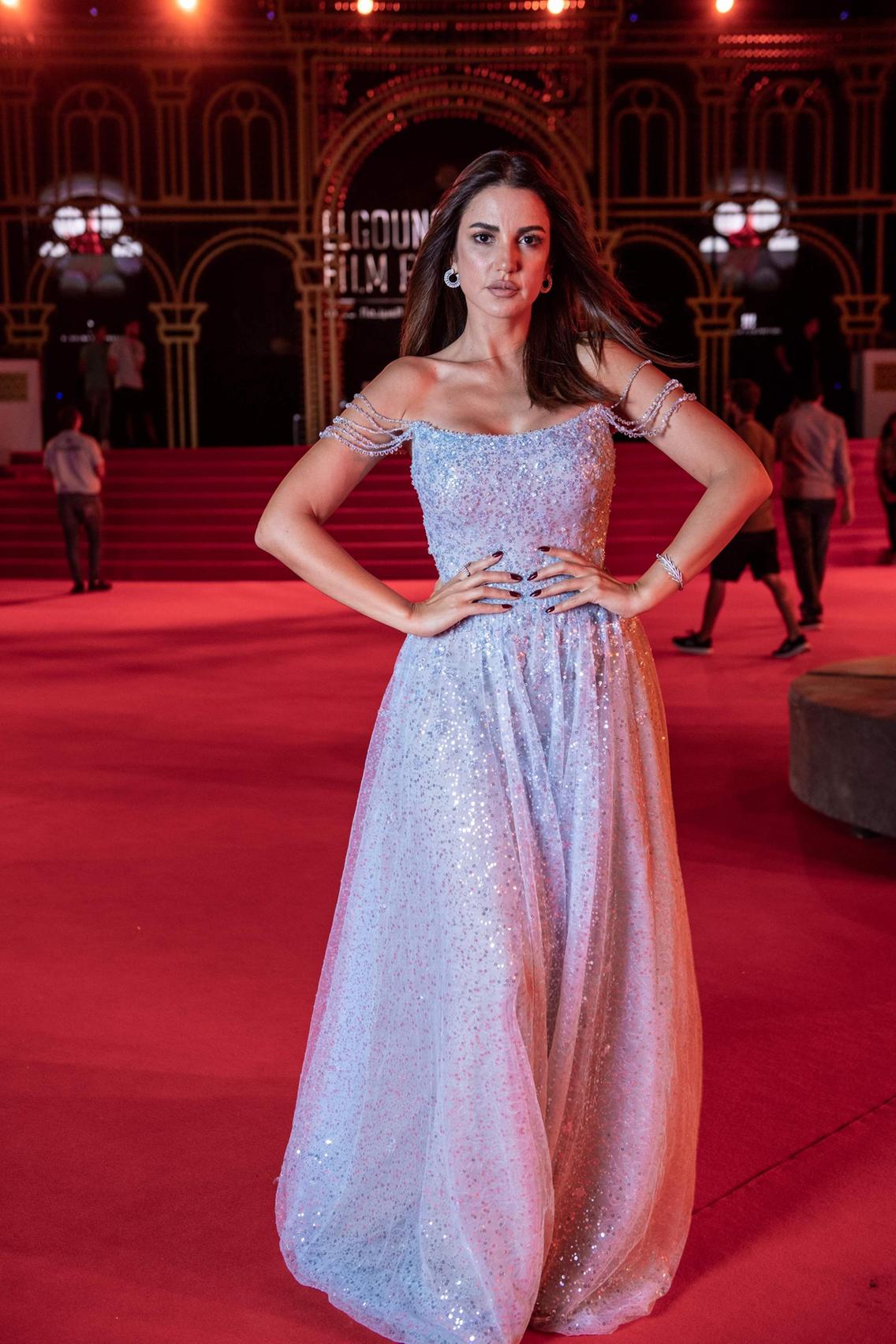 During the conference, the broad outline of this year’s edition is explained, such as the lineup of film selections, festival events, activities, participating film professionals and movie stars, as well as the recipients of the Career Achievement Award. GFF management also announces the names of jury members confirmed to date. 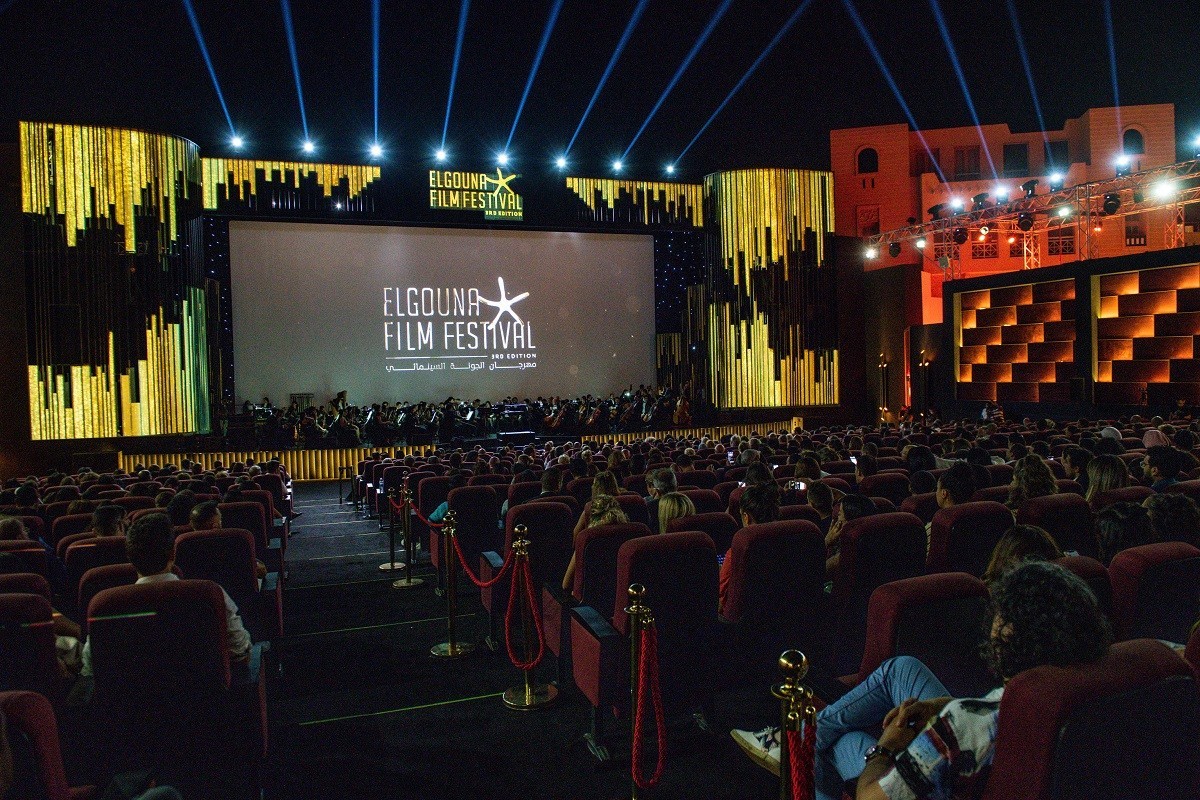 One of the eagerly anticipated highlights of this year is that the festival will be the first public event hosted at the site of Gouna Conference and Culture Center (GCCC). The concept of this edition’s poster is also inspired by the design of the center, which incorporates an elegant series of barrel vaults enclosing the auditorium with a shaded perimeter layer where the inside and outside merge, creating an atmosphere of transcendent inspiration.

Updates to the programs of CineGouna SpringBoard, together with the topics of the panel discussions, master classes and workshops of CineGouna Bridge are also announced.

For this year’s CineGouna Platform, El Gouna Film Festival has invited a number of leading regional and international experts in the field of cinema to participate in its various activities. CineGouna SpringBoard received 99 submissions (65 projects in development and 34 films in post-production) from all parts of the Arab world. A panel of experts reviewed the submissions and selected 18 projects (12 in development and 6 in post-production) to participate in this year’s edition. They were carefully chosen on the basis of their content, artistic vision, and overall financial feasibility. This year, the selection committee was very impressed by the high quality of the submitted projects.

On the other hand, the 4th edition of CineGouna Bridge will continue to serve as a forum for effective professional development. It will present a series of roundtable discussions, workshops, presentations, and master classes with key industry professionals and experts.

The programs and activities of CineGouna Platform will take place at the TU Berlin, El Gouna Campus from October 25 to 29, 2020.

El Gouna Film Festival will continue to support Arab cinema at international festivals, empowering Arab filmmakers, especially outside the Arab world. This year, the festival continues to build on its previous collaborations with the 10th Malmo Arab Film Festival and the Final Cut in Venice workshop with cash prizes and support for exposure.

Actor Khaled El Sawy and renowned production designer Onsi Abou Seif were chosen to receive the Career Achievement Award this year, for their distinctive and influential participation in the art scene. GFF will also host an exhibition of the works of Onsi Abou Seif, which will include some of his designs and sketches, video clips from his films, movie posters, and awards he has received over the course of his career.

El Gouna Film Festival continues its Cinema in Concert tradition, an orchestral performance of film scores of classics and audience favorites. This year, GFF will screen Charlie Chaplin’s newly restored copy of The Kid accompanied by an orchestra led by Maestro Ahmed El Saidi. This edition’s Cinema in Concert will be held at Gouna Conference and Culture Center.

In light of the challenges posed by the Covid-19 pandemic, GFF, in partnership with the Ministry of Health, will provide the tools and follow the measures necessary to ensure a safe, healthy, and enjoyable festival. All GFF teams are committed to following the international health and safety guidelines with regard to all festival activities. For outdoor events, Gouna Conference and Culture Center (The Plaza) is equipped to accommodate up to 1000 guests, and will be dedicated to holding the opening and closing ceremonies, in addition to the galas.

This year, GFF is happy to announce that the 4th edition is Brought to you by Orascom Development and El Gouna in association with O West and Minly. Exclusive partners include Principal Media Partner ON Network, telecom partner Orange, media partner Euro News, in partnership with Fanadir Marina and TikTok, official transport partner Sixt- Abou Ghaly Motors, GFF’s partners include official beverage Pepsi, official carrier Egypt Air, supported by AlexBank, Makadi Heights and Nestle Mega Ice-cream. Activation partners include beauty sponsors Mohamed Al Sagheer and Lancôme in collaboration with Nespresso and Fine. GFF is organized under the auspices of the Ministry of Tourism & Antiquities, the Ministry of Health & Population, the Ministry of Culture and the Egyptian Film Centre.