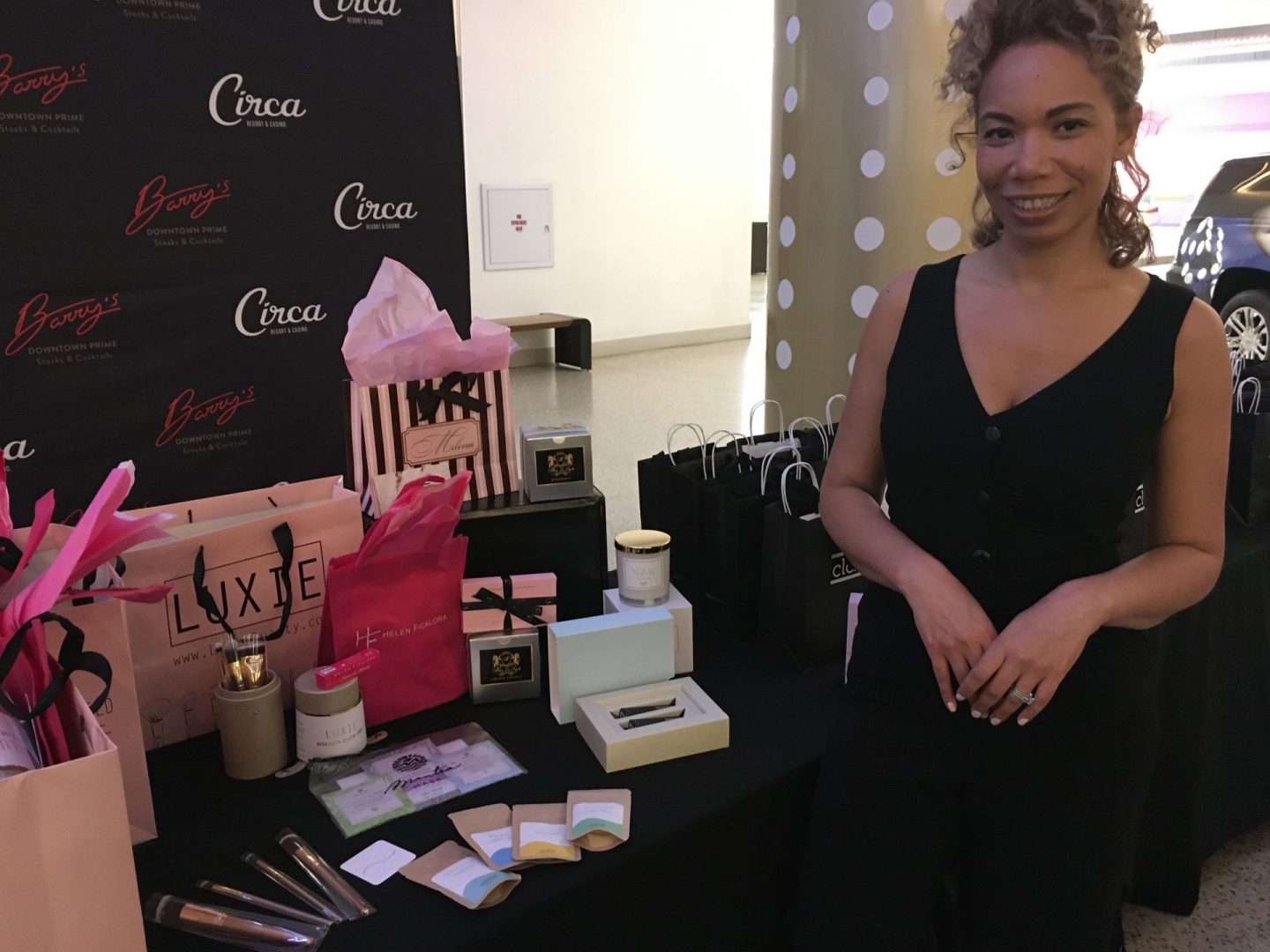 On April 1st and 2nd, Nathalie Dubois, famous worldwide for her luxury gifting suites, held “The DPA Pre-Grammys Drive-Up”  event at Circa Resort and Casino. Over the two days, 75 gift bags were presented to nominees, presenters, influencers and media who were in town to celebrate the 64th Grammy Awards. 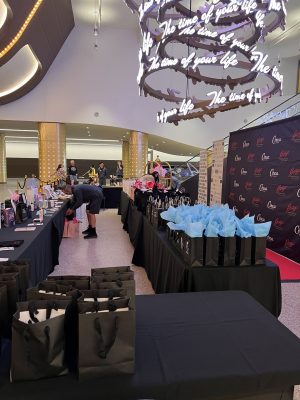 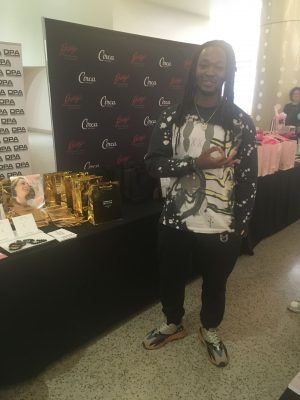 DPA teamed up with Circa Resort and Casino and Barry’s Downtown Prime for the exclusive gifting event.

“When I planned my event, I knew I had to find the best of Vegas to team up with. I was introduced by my friend and singer Mercedes to the owner of Barry’s Downtown Prime, and he made it happen with Circa Resort and Casino,” said Dubois. “The drive-in idea came as a natural, as I wanted everybody to stay safe, but still to have fun during the week of the Grammys, as we did a year ago for the Golden Globes.” 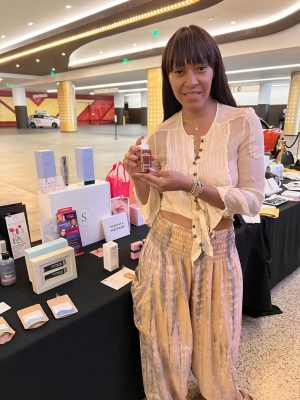 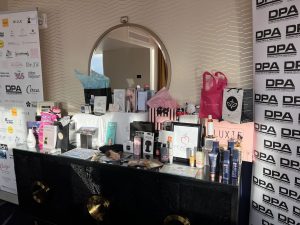 In support of Ukraine, DPA gave one of the coveted gift bags to a charitable organization that raises funds to help Ukrainians in need.

A veteran in the production of star-studded events, Nathalie Dubois, CEO of DPA, has proven herself to be exceptionally innovative and successful in the realm of celebrity gift suites. Originally from France, Dubois attributes her success in part to her world travels and the exotic cultural influences of the products she curates for her unique gift suites. DPA produces luxury gifting suites in Los Angeles, the weeks of various award shows, and also has a major presence at the world’s top film festivals, including Cannes, Venice and Toronto. DPA opened its first Asian office in Tokyo in 2017.

About Barry’s Downtown Prime Vintage glamour and hospitality meet modern innovation and design at Barry’s Downtown Prime, the new steakhouse concept from Chef Barry S. Dakake and Make It Happen Hospitality. Barry’s Downtown Prime will deliver the city’s finest steaks and seafood, fresh tableside preparations, creative cocktails, and a memorable service experience. Evoking a throwback vibe worthy of Downtown’s legacy, Barry’s will bring guests back to the classic cool of the 50s and 60s when great music and sounds of clinking martini glasses filled the air, the chef greeted you at the table, the bartender knew your favorite cocktail, and everyone felt like a VIP.

About Circa Resort & Casino Opened October 28, 2020, Circa Resort & Casino delivers an all-new integrated resort concept to the heart of Downtown Las Vegas at the historic Fremont Street. The only 21+ resort in the city, Circa  combines the best of Las Vegas service in a modern, state-of-the-art setting. The 1.25-million-square-foot resort and casino has the world’s largest sportsbook, innovative entertainment and gaming, and unparalleled personalized offerings inspired by old-school Las Vegas hospitality. Circa presents eclectic dining options including premium steaks and seafood at Barry’s Downtown Prime from Chef Barry S. Dakake, Pan-Asian fare at 8 East from Chef Dan Coughlin, classic delicatessen cuisine at Saginaw’s Delicatessen from restaurateur Paul Saginaw, authentic Carolina barbecue at Project BBQ, and all-star menus at Victory Burger & Wings Co. from the founding family of American Coney Island. The resort also showcases a dynamic year-round pool amphitheater, Stadium Swim, which boasts a 14-million-megapixel LED screen as the backdrop. Visit circalasvegas.com or follow on Facebook, Twitter and Instagram at @circalasvegas