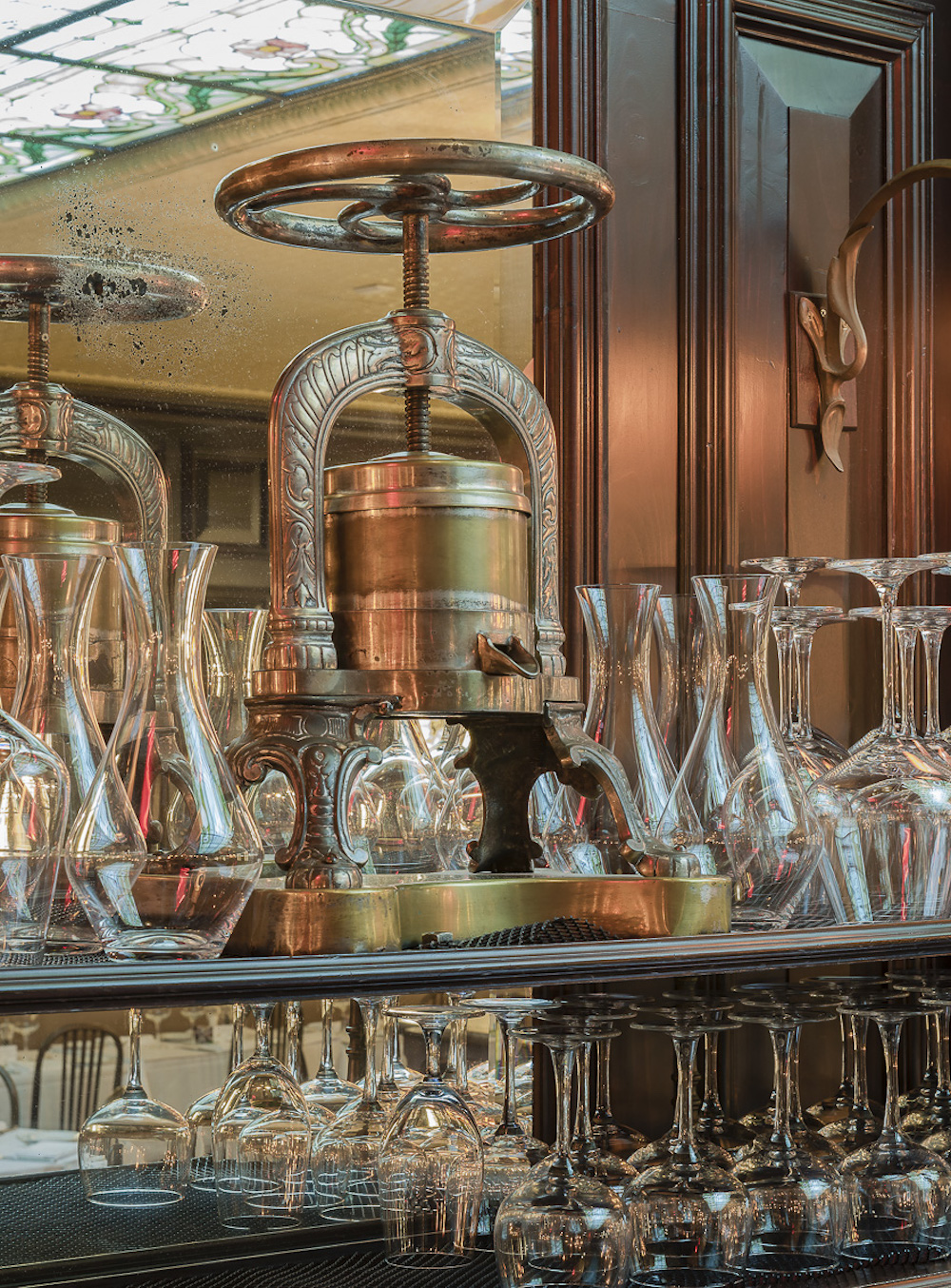 Louise Weber or ‘La Goulue’ as she was popularly called was an iconic French Can-Can dancer during the 1880s and 90s in Paris. La Goulue means ‘greedy guts’ since Weber often used to pick up her customers’ glasses and drink them as a part of her act. But this article is not about La Goulue – the dancer, but La Goulue – the chic French restaurant on the Upper East Side in NYC!

The History Behind Its Re-Opening

Since 1973 La Goulue served as one of the most sought-after playgrounds for the upper crust of New York, but it was closed down in August 2009 since the building where it was previously located went under some significant re-construction, and because of this they couldn’t renew their lease. Now, eight years later, the restaurant has been revived with its original, elegant fin de siècle Parisian décor. The latest rendition is located at 29 East, 61st Street, just a few of blocks away from the 5th Avenue and the Central Park.

Jean Denoyer, the owner and the designer of the original as well as the new installation of La Goulue decided to preserve everything when the place was being shut down. So now, a more modern version of the restaurant looks almost like its older self with the same classy furniture, century-old mirrors, dark wood paneling, brass-trimmed bar, wall fixtures, French windows and of course, the original signage. Even the phone number for the restaurant is the same as before. Guests are sure to enjoy an additional skylit glass room which serves as the perfect spot to host private events. The ambiance at La Goulue can be described in just one word – elegant! Everything from its soft lighting to antique scones and fine lace curtains exudes elegance in a vibrant and effervescent way. That combined with its exceptional service rendered by highly professional and knowledgeable staff makes this restaurant one of the best French bistros on this side of the city.

Much like everything else, the menu too reminds you of its older installation. Chef Antoine Camin has made it a point to create the new menu in a way that almost everything that the original La Goulue offered is still available (either in its actual form or with a new exciting twist). Steak and tuna tartare are still the house favorites, and so is the onion soup, roast chicken and cheese soufflé. Burgundy snails, steak au poivre vert, sole and profiteroles are as good as they always were at La Goulue. The extensive wine list offers a fabulous selection of French wines along with some classics from around the world. If one is unable to decide which wine to pick for the evening, Craig Pogson could come to their rescue. The dapper wine expert who hails from Scotland is also the restaurant’s managing partner.

It has been just a few months since its grand re-opening and La Goulue has retained its title of being one of the most charming French establishments for wining and dining in the city of New York. Whether one is up for a casual lunch by themselves or wants to throw a grand celebration with a group of friends or even if a private event is on the cards, La Goulue is the place to be. It’s where fantastic food meets even more amazing hospitality in an atmosphere of sophistication and vivacity