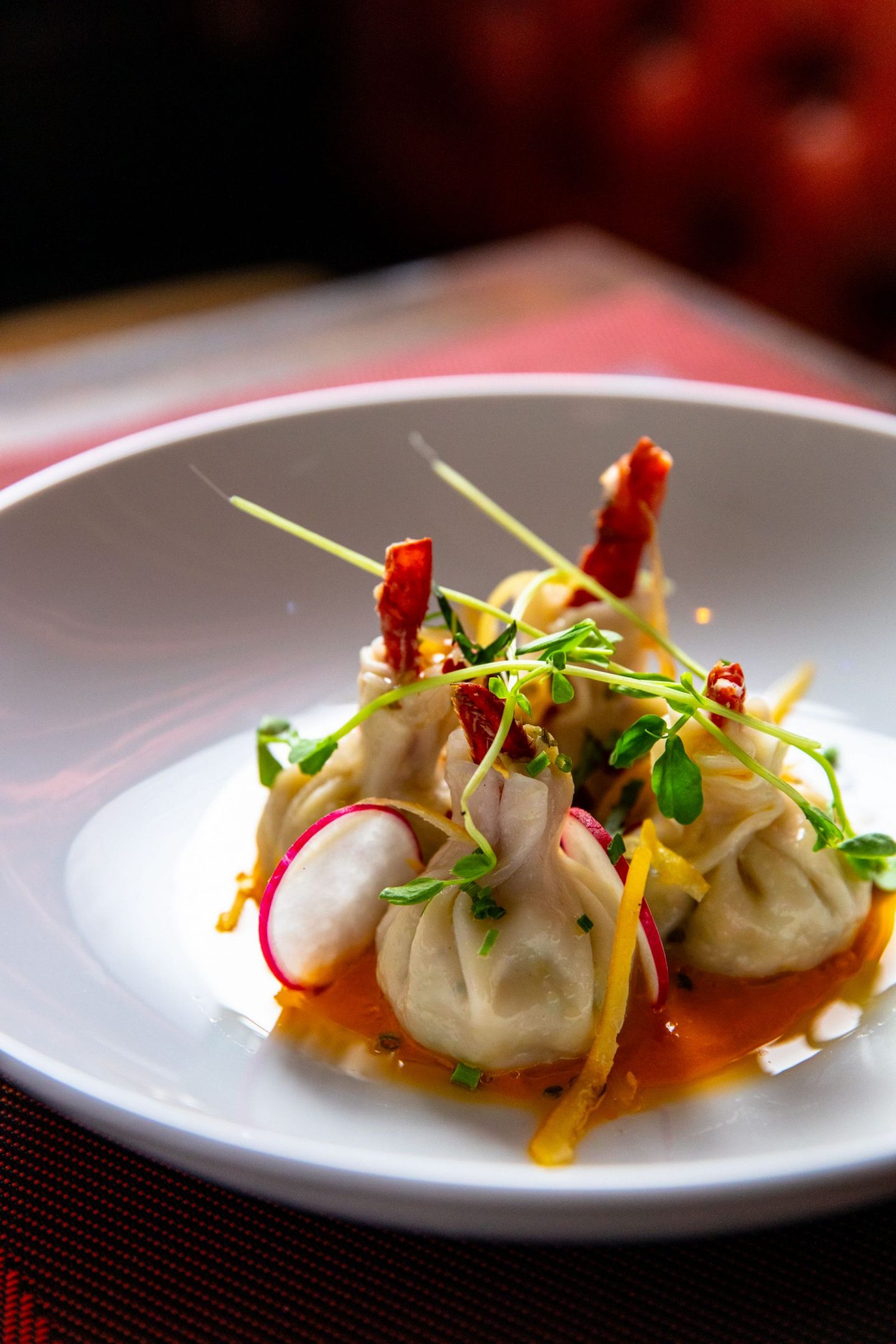 The only American to win the prestigious Meilleurs Ouvriers de France Diplôme d’Honneur and two ‘James Beard’ Awards, David Burke, opened David Burke Tavern, his flagship, in 2016. Though at that time, it was called Tavern 62 by David Burke. This classy, modern-American restaurant is everything Burke is known for – genius creativity, dazzling presentations, and solid cooking techniques.

The restaurant occupies the two stories of a regal-looking, beautifully refurbished townhouse located on the Upper East Side. The setting is a vintage dark tavern, or rather an exquisite and upscale version of a vintage dark tavern. On the ground floor, the lounge area, there’s a long, British pub-style oak bar with red leather banquettes and tasteful mood lighting. The upper floor has the main dining area, which tends to be more vibrant and buzzing.

There are fireplaces, bookshelves built into the walls, oversized mirrors, and exciting pieces of art in both paintings and photographs to complete the look and feel of the place. There’s a smaller private dining room whose walls are made up of Pink Himalayan sea salt. The overall vibe of David Burke Tavern is that of an intimate, elite restaurant, but at the same time, it’s comfortable and welcoming. 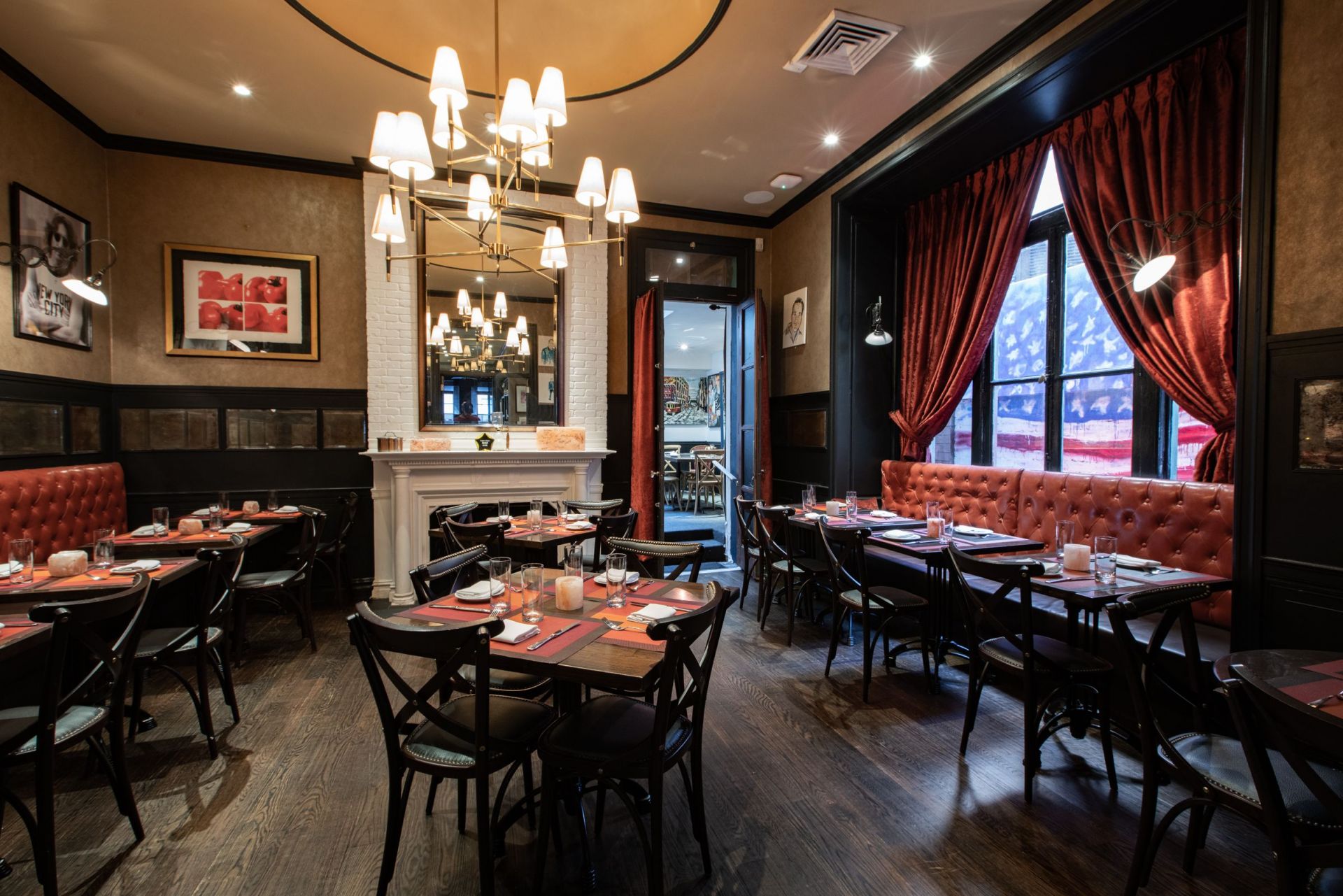 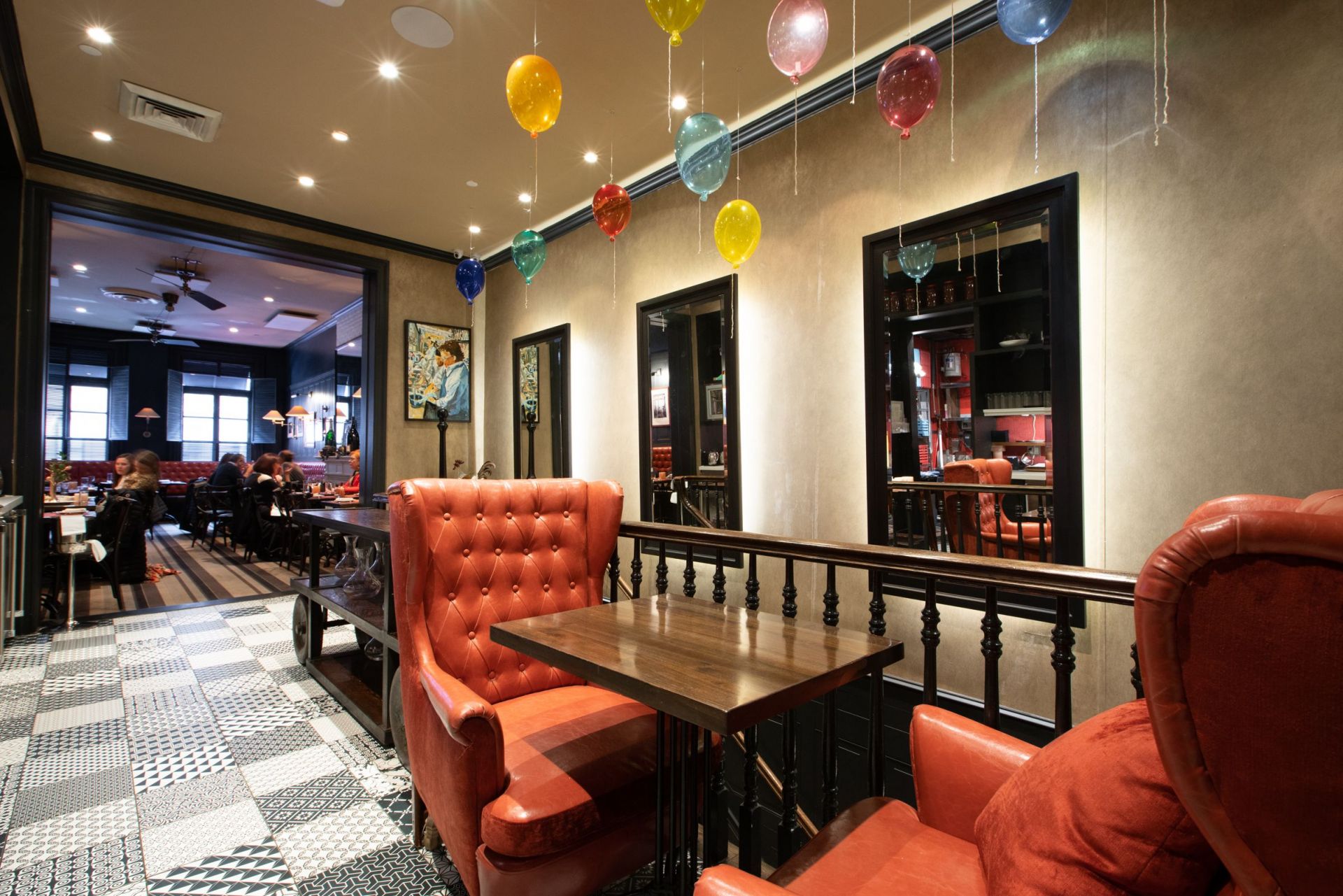 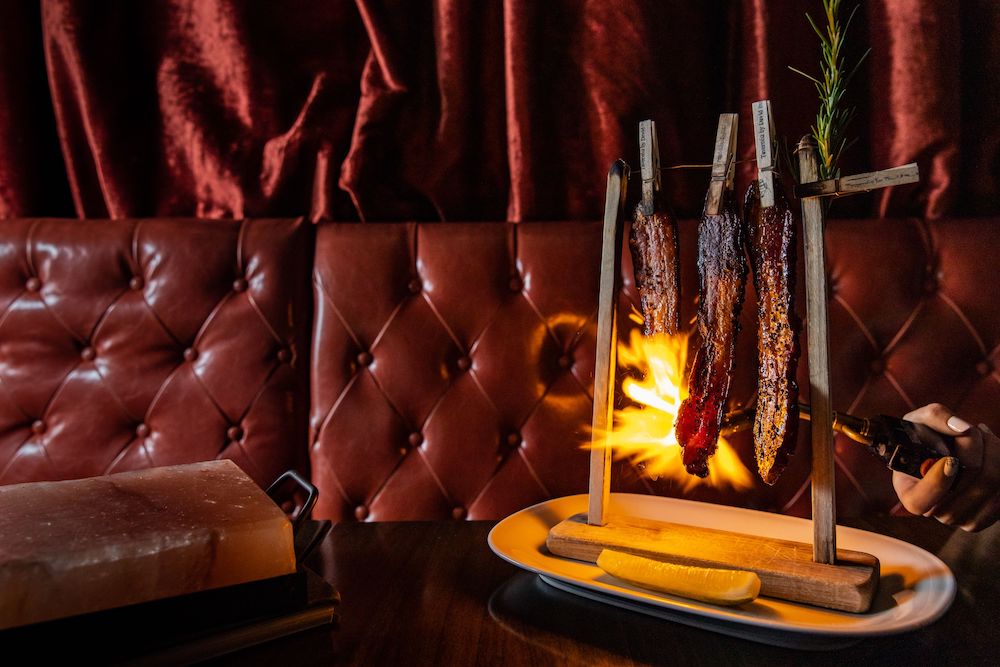 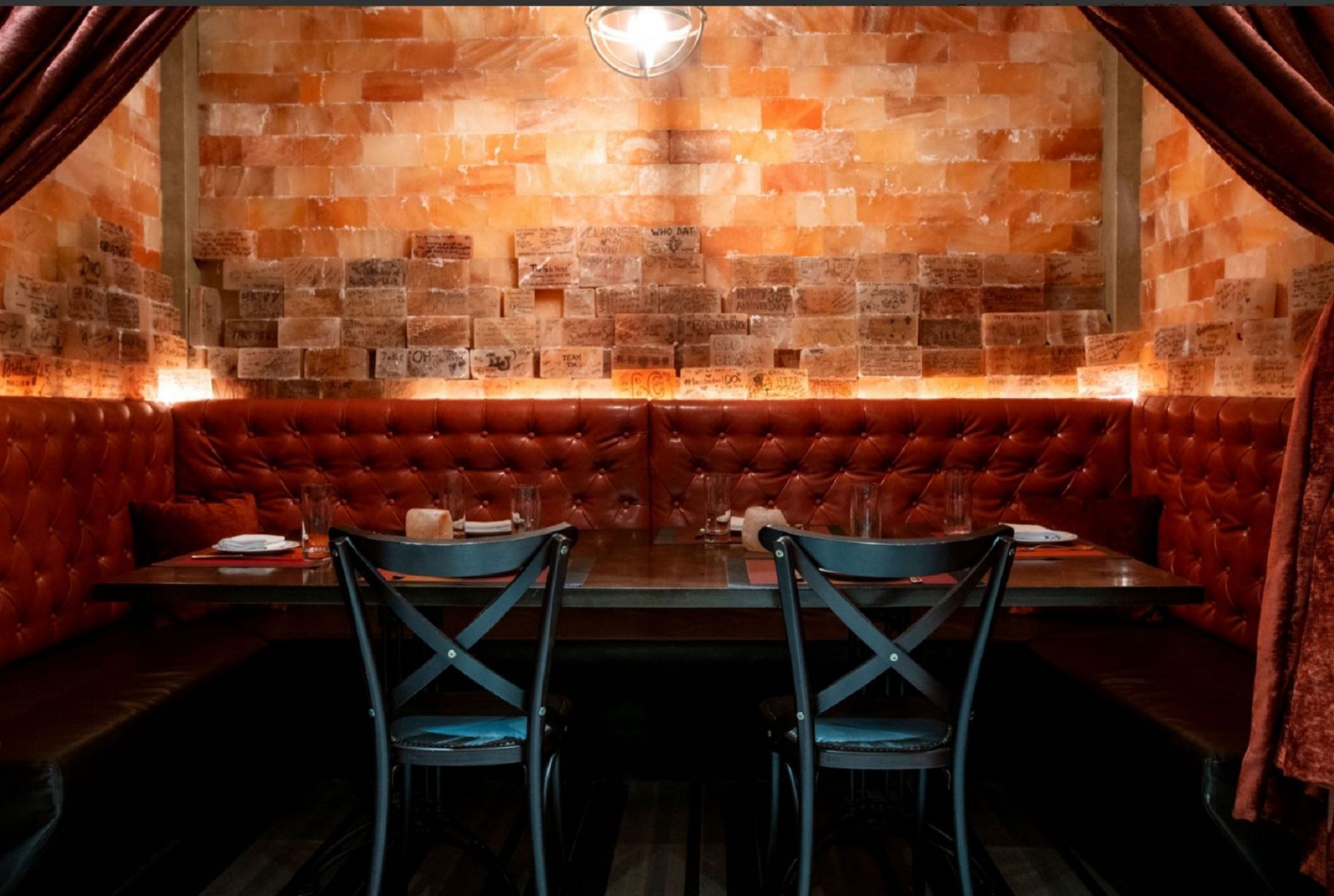 ‘Salt-Aged’ brick beef steaks are not to be missed either. These steaks are so incredible that Burke had patented the process he uses to prepare them. It’s a technique of dry-aging the meat using Himalayan Pink salt. If you’re a steak lover, David Burke Tavern should most definitely be on your top ‘go-to’ list in NYC. The food is accompanied by a delicately balanced wine list, craft beers, and a unique collection of cocktails. 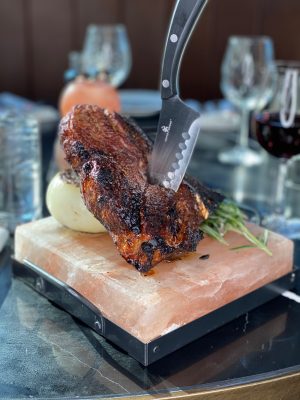 This place is known for its excellent service with staff members that are a happy bunch of people, filled with enthusiasm. There are a few vegetarian and gluten-free options available as well. Some people could find the music a bit noisy, but we actually prefer an upbeat, high-energy environment.

Many people visit David Burke Tavern because of the chef’s international acclaim. In case you aren’t familiar with his legendary status in the world of food, here’s a little snippet –

David’s 30-year career started with iconic American and French chefs, including Pierre Troisgross, George Blanc, Charlie Palmer, and Daniel Boulud. Within years he established himself as the most promising chef to look out for by winning a number of prestigious national and international honors. In 1992, he opened his first restaurant, followed by a long list of restaurants in various parts of NYC, NJ, Las Vegas, Chicago, CT, and Washington. His fame grew worldwide due to his TV appearances on Top Chef Masters and Iron Chef America shows.

The ‘About the Chef’ section of David Burke’s website appropriately describes him as a ‘Culinary Prankster’ and the tavern as his ‘Home.’