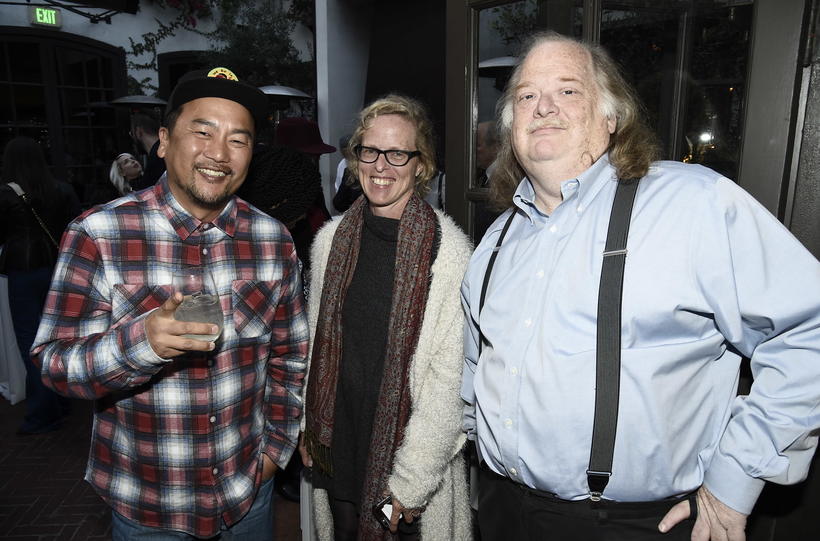 GC: At what point in the process did you embrace the idea that your story, and the story of L.A.’s food scene, was worthy of documenting with “City of Gold”?

JG: The idea to make City of Gold was more Laura Gabbert’s than mine, I think. I had been approached by directors and people interested in developing reality shows, but Laura bid on “Dinner With a Critic’’ at a school auction and brought up the idea over broccomole and foie gras dumplings at  Ludobites 1.0. I said no, but she eventually won me over. (It’s hard to keep saying no to someone you see every day in the drop-off line.) She persuaded me that the film would be less about me than about Los Angeles the way I see it, and she was fairly true to the promise. The filming was on and off over the period of five years; I visited 40-50 restaurants with her crew – all, incidentally, places I had already reviewed.

GC: What was your favorite moment during the filming of “City of Gold”?

JG: My favorite moment in the movie may be the shot of the egret in the Los Angeles River. Apparently the shot took more than a week to set up. But I loved the afternoon filming at the late Pho Minh, which served the best pho I’ve ever had – the scene was cut at the last moment. And my daughter Isabel shot a lovely scene at the MAD conference in Copenhagen that was also cut for time.

GC: As a writer who’s been the subject of a film, how would you describe the difference between how a story is told in print vs. through a film or video?

Both media have their advantages. But for me, the main differences may be the greater level of narrative abstraction that film may be capable of; and also the fact that filmmaking is very much a collaborative effort, where writing is distinctly not.

GC: How has film, music and social media influenced – or been influenced by – the way we see food, within the last five years or so?

Food has become pop culture in a way that it never was before, and as I’ve said, may have the role in the culture that rock n’ roll had when I was a kid. There are distinct and dedicated tribes – team vegan, team nose-to-tail, team neo-Nordic, team Reconquista, team Pinoy – and festivals like Coachella pay nearly as much attention to food as they do to the bands. TV chef culture is strong. Avo-toast is Led Zeppelin and smoked brisket is The Rolling Stones. It is an odd era we are in.