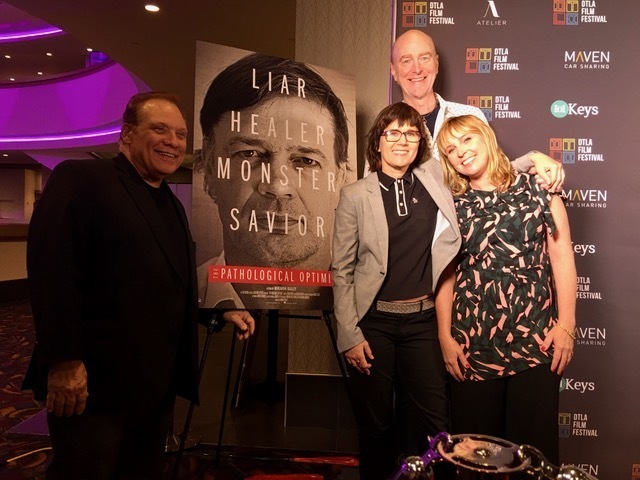 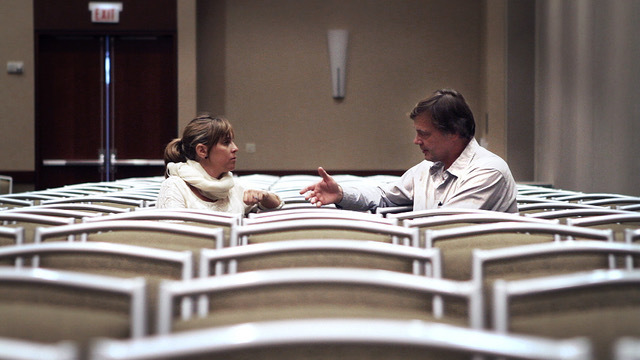 GC: What interested you in telling this particular story?

MB: After I finished my first documentary GREENLIT, producer/DP Marc Lesser and I started discussing topics for our next film together. We considered exploring something about the vaccine issue because right around that time there was some uttering of the doctor in the UK who lost his license for ethics violations in a study that insinuated that the MMR vaccine might cause autism. There seemed to be quite a bit of controversy around this guy and the MMR scandal. I also read Paul Offit’s book “Autism’s False Profits” which was quite intriguing. Like almost all documentaries we weren’t really sure of our style or angle until after a few years of shooting and seeing what we could get access to.

GC: How did you go about getting Wakefield to agree to let you film him?

MB: When we initially approached Wakefield he actually declined to allow Marc and I to let him tell his story. This was in late 2010 I believe and we decided to do a documentary on him regardless. So at one time we considered the film to be “Chasing Andrew Wakefield”. We interviewed people who knew him and a parent whose son was a patient of his and we showed up at events where he was speaking. But then the British Medical Journals came out and Wakefield ended up on Anderson Cooper so we gave it another try with him. We spoke to him and the people who knew him and by then they realized I was a legit film maker and decided to encourage Wakefield and his family to allow me access. The Wakefields finally agreed. And then the movie changed again, and again, and again…until 2016 when TriBeCa Film festival programmed and pulled Vaxxed.

At the beginning of our access to Wakefield his supporters and family decided to attempt to sue for defamation for the 2011 BMJ articles. We had no idea what would happen with this but we followed it as we did with his everyday life -traveling to events, raising money for his court case, taking his kids to Rugby etc and in the film we bounce back and forth between real time and how he got there which was based on the MMR scandal dating back before the infamous 1998 Lancet paper.

GC: How much time did you spend with Andrew Wakefield?

MB: I feel like I have spent a life time with Andrew Wakefield but that is only because I stared at him and his family for years in the edit room. LOL- We filmed him on and off from 2010- 2015 or 16, some was before we were “allowed” access. I’m not sure how many time we filmed Wakefield exactly and some of those times I wasn’t able to be there, I would just send my crew down there and tell them what to focus on. There were several scenes that didn’t end up in the film. It’s not easy getting 5 years into an hour and a half. 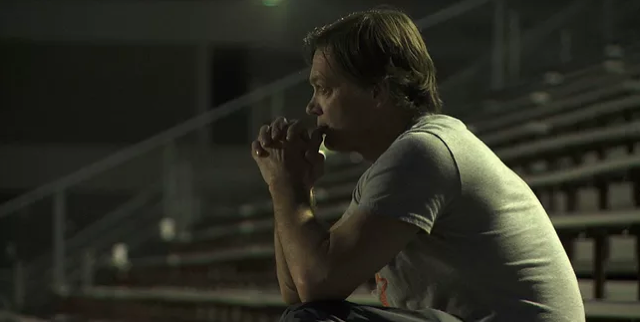 GC: What were the challenges of filming him during the time period that cameras were rolling?

MB: We had a lot of challenges keeping up with Wakefield. Sometimes I would hear news about him being somewhere giving a speech or fund raising or making a you tube video to send to directly address the UK department of health and I’d have to call him and remind him that it would be much better for the film if he gave me some notice of what he was going to do so I could film him doing it. So I think there’s a large part of his life at that time as he was getting more and more passionate and frustrated that we missed out on capturing him in real time emotionally.

GC: As a director, how did you see the story unfolding once all the footage was in?

MB: The story was constantly evolving so we were editing as the years went by. One of the most interesting things that unfolded was the ups and downs that Wakefield, his followers and consequently us experienced. We were on an emotional roller coaster. It seemed like every 6 months or so something big was going to come out and turn Andy’s life around. Some story would finally show the world that they were wrong to take away Andy’s license. For example while we were filming him a child named Hannah Poling and her family were awarded over a million dollars for vaccine induced autisim in a US court. This was a big deal in the Wakefield supporter communities because the media was shouting at them that vaccines don’t cause autism and that anyone who thinks or says they do is a quack. Yet our own US government admitted it in this case. Andy and the people around him thought this would be big news and change the media’s opinion about them. . . but nothing happened. It was crickets. Then there was the whole John Walker Smith incident. Where Andrew Wakefield’s colleague on the infamous 1998 paper, John Walker Smith, who had also lost his license from the General Medical Council in 2010 was given funds to appeal their decision. (Wakefield was not given the funds to appeal).

We filmed as Wakefield and his supporters anxiously awaited the outcome of this appeal. They all strongly felt that surely if Walker Smith gets exonerated than Andy must; as they have almost identical charges give or take a few. Myself and the production team all thought it would be big news regardless of the outcome and were excited to see what unfolded. However, when Walker Smith WAS exonerated again we heard… crickets. Honestly, I was really shocked. We searched for news on it everywhere and we couldn’t find a thing. The one item of news we did find on it appears in the documentary. I think this is very telling of what the media is feeding us or not feeding us. Keep in mind, I’m not saying that because Walker Smith was exonerated that Wakefield should have been, but surely it is big news completely blacked out in the same US media that so fervently reported on Andrew’s fraud in the BJM in 2011 and continues to do so to this day.

These types of things kept happening as we filmed, especially with Wakefield’s own movie VAXXED. The thousands of people that support Andy felt that the CDC whistle blower story would change vaccine mandate policy’s or create a new watch dog group at the CDC or something surely would change for the better for them safety wise. But again, nothing happened. There has been no hearing despite a congressman demanding it. There has been no media coverage of it at all other than to remind the world that Wakefield is a fraud. That is why Andrew Wakefield to me is THE PATHOLOGICAL OPTIMIST – he is a modern day Sisyphus constantly pushing the boulder up the hill only to have it roll back down again. And it was fascinating to watch.

At the DTLA Film Festival

GC: Share with us the post-production challenges once Wakefield premiered his own documentary.  Did you have to re-edit or change the flow of the story crafted?

MB: We were two days away from locking picture when the editor and I found out that Vaxxed had been accepted to the 2016 TriBeCa film festival. I pretty much had a nervous break down when I found out about it. Here had been at least 5 years of my life in blood, sweat and tears of me making this film about him and suddenly this doc he had made was going to come out to the world before our documentary was finished. It was…really upsetting. I did know about his documentary we even filmed his documentary but honestly we didn’t think much of it. He had promised us that it was not about him and he would only narrate. So we were upset when it got in to TriBeCa because we didn’t really know what it was and we knew he did actually end up in it and we weren’t given the opportunity to see what it was before it was released. Needless to say the controversy surrounding it greatly affected our documentary. No one wanted to touch THE PATHOLOGICAL OPTIMIST because he just brought too much vitriol to the table and at the end of the day festivals, and certain distributors weren’t interested in dealing with that drama. But…on the other hand, his profile has raised significantly since Vaxxed so perhaps it was a good thing after all.

GC: As a documentarian, are there any lessons you learned for your next documentary?

MB: Yes, don’t do another one.

I learned a ton. But now I’m focusing on a narrative piece and I must admit it’s much more fun and quite a bit easier when the script is already written.

GC: Discuss your transition from producer to director

MB: I’ve been acting and producing for 20 years. I have no idea where the documentary part of me emerged from but I can say that once I began the narrative film I realized that acting and producing was my film school. I am so grateful for my failures and my successes because they have molded the film maker I am today and the film maker I will become.

GC: What do you hope audiences will take away from the film?

MB: My greatest hope for this film is that people on all sides of this subject watch it and remember that even in our darkest hours we are all human beings. I’d like the fighting to change into disagreement with discussion and understanding from both sides of the aisle of this controversy. People who support Andy are afraid. People who despise Andy are afraid. We all operate from the same emotion. How great would it be if we could all hear each other?