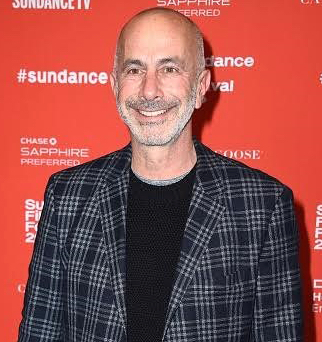 On a recent flight to LA, I was lucky enough to sit next to Russell Levine, CEO of Route One Entertainment. And I was luckier enough to discuss all things Sundance! Being an avid fan of his films, it was a pleasure going in-depth about his perspective of the biggest Film Festival in the US of A.

I hate the cold. I hate big crowds. I hate standing in long lines. Worst of all, I’m not quiet about how I feel about any of these things. My friends and family are victims of endless complaining.

But with all of these conditions in abundance in Park City every January, I still profess my undying love for the Sundance Film Festival.

Sundance is the great leveler. It’s not about me – or you. It’s not about how famous you are or how well you dress. Everyone looks the same in a blinding snowstorm. It’s not about how much money you have. You can’t make a limo appear at the snap of your fingers if all the roads are closed. And you can’t buy the kind of advertising campaign it takes to compete at the Oscars. Money certainly won’t buy you the most valuable of commodities at Sundance, the respect of your peers.

These peers come from all over the world with their projects, the majority of which took years in the making and were financed with the help of friends, family, small grants, stingy financiers and the last of their savings. The projects are works of love and obsession – expressions of dedication and desperation, passion and craftsmanship. They are statements of conscience and screeds against the powers that be and tributes to the wonders of the galaxy. The filmmakers show up in droves, speaking many different languages, exhausted by their efforts and nervous about how their films will be judged.

I’ve been to Sundance about a half-dozen times in the last fifteen years in different capacities. I have been a hanger on and an amused observer and even a contender. For the last three years, my company, Route One, been a participant as a producer of four films that have been selected for the festival. Three years ago, Route One’s first contribution to the festival was a movie called “A Walk in the Woods,” directed by Ken Kwapis and starring Robert Redford, Nick Nolte and Emma Thompson.

I know what you’re thinking: “How can you say Sundance is the great leveler when the first picture you took to the festival starred the founder of Sundance, Robert Redford?” Well it was not invited as part of the competition – that might have been too much of a conflict. Although it was well received by audiences, it was dismissed by filmmakers who saw it as a distraction. No one was shy about their opinion, despite their respect for Mr. Redford. It was too bad as it was one of the highest grossing films to come out of Sundance in a decade. But ask anyone who goes to Sundance and they probably won’t remember the movie or the facts of its commercial success.

Last year, Sundance accepted another Route One production, “Tallulah,” into dramatic competition. “Tallulah” was directed by Sian Heder, a then head writer on “Orange is the New Black.” She had worked on the film for ten years and put together a great cast led by Ellen Page and Allison Janney, who also starred in “Juno,” one of the most successful independent films in history. Chris and Eleanor Columbus, Heather Rae and Todd Traina produced with me. Despite a great pedigree and the tremendous audience response the movie was “leveled” in the awards competition in a year dominated by newcomer Nate Parker’s “Birth of a Nation.”

This year, the festival extended invitations for two of our feature films, the comedy “Landline,” reuniting director Gillian Robespierre and indie star Jenny Slate, and the TIFF 2016 Official Selection “Colossal,” directed by Nacho Vigalondo and starring Anne Hathaway and Jason Sudeikis. There are lots of stars in both of these films, but they left their Hollywood personas at the door. These are quintessential Sundance films – emotional and edgy with great commercial appeal – but will be judged alongside projects made for far less money with little known talent.

“Colossal” was already picked up at Toronto by a new distribution company, NEON, but like many of the other Sundance participants, Route One and our “Landline” partners at OddLot will be fielding offers from distributors. With all the media attention around these festival deals, the sales process is a very small part of Sundance and only a handful of people participate. Those who are involved are likely to be disappointed. For all the hype around the sale of “Birth” last year to Fox for $17.5M, most of the films won’t see a seven-figure deal – a leveler of expectations. Unlike other markets where the sales are a major component, Sundance is instead a celebration of what is best about filmmaking: the art and substance of the movies themselves.

Of course, there are famous people at Sundance and plenty of gawking. And inside the theaters and restaurants, people admire the style of those with more disposable income. But even the most well-heeled and powerful industry people know that they are a sideshow to the artists who come from all over the world to put their hard work under a spotlight of criticism.

More likely than not, any one of us attending the festival will end up in a similar situation I was in last year. It was late at night after a heavy snow, coming home from a “Tallulah” cast party where we were reveling in the possibility of a win. My friends couldn’t get their car up the hill where I was staying. I had to walk back the last half mile through a strange neighborhood. I struggled through the waist high snow, drunk on my ass, my bearings lost because of the sneaky whiteness, wondering if I’d be found dead in a snowdrift the next morning. Despite coming to Sundance ready for anything, I ended up a babbling, solitary soul in the woods.

Like I said, Sundance is the great leveler, with rare moments of joy and pride.

Original Post: Sundance Is A Celebration Of What Is Best About Filmmaking: Russell Levine