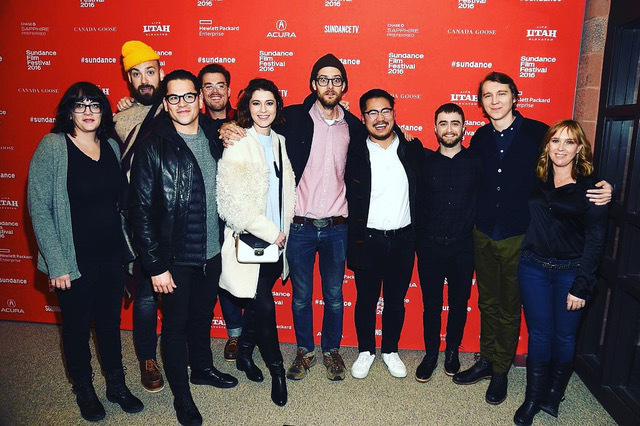 I’ve been coming to Sundance for seven years and feel that I’ve moved up the ladder from year to year. I found myself talking with Miranda Bailey (who produced Sundance 2016’s hit film Swiss Army Man and 2015’s Diary of a Teenage Girl) about this and she explained the Sundance system using her own career road as an example. I got a good laugh out of this and hope you do too! 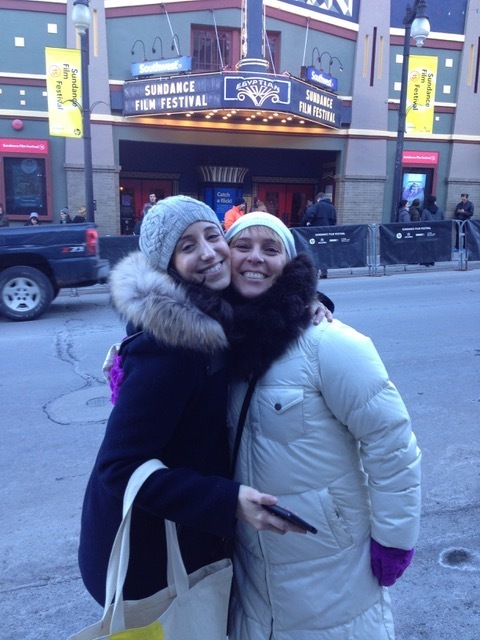 Nobody wants to admit they’re a wannabe, especially when they are one. But I find being a wannabe a necessary trait to start with for there to ever be success.

Let’s admit it. At one point in your life, you’ve been a wannabe. If not, I suggest you start now.

I attended my very first Sundance in 1999. I had recently moved to Hollywood to pursue my wannabe dream of being an actress. My acting manager at the time ended up taking 10 clients with her to Sundance. I didn’t know any of them but we all shared a condo up on the hill in the snow. There was one girl with us who had her first role in a little movie that was premiering there called THE BLAIR WITCH PROJECT. She was a non-union actor at the time and seemed normal enough on day 1 of the festival. But after the premiere, I watched her bolt to stardom in front of my eyes during those 10 days. By the end of our stay, she had been interviewed by all the top magazines, news stations and signed with a big agency. It was really cool to witness and at the same time, kind of creepy. I was in my early 20’s and I thought “that’s what I want….I think.” During that Sundance, we didn’t have badges or anything, we were just wandering around, hoping to meet someone influential who would notice us. In fact, we actually made our own badges. They had the name of our managers company on them, they were laminated, and we wore them around our neck in an attempt to feel as cool as the people there who actually belonged at Sundance. The badges even got us into some of the parties that year which was a hoot. Even though I didn’t know it at the time, it really is the best being a wannabe at a party. You don’t know anyone, they don’t know you, and anyone and everyone there had potential… even us.

Cut to 4 years later: By then I had left said manager and added producing films to my career path. I’d met with a lot of people in the business by then, auditioned for them, pitched them, wined them, dined them, been rejected by them.. There were several films that I produced in those years HOPING they would get into Sundance but they didn’t. Then, there was a film I Executive Produced called THE SQUID AND THE WHALE. It was a small movie, giving filmmaker Noah Baumbauch (who couldn’t get arrested at the time) another chance to make a film. We did. It rocked. He now is who he is: one of the most talented film makers of our time. When we went to Sundance with the title, he was still a wannabe, so was I, so were all of us. The funny thing was, that year I actually felt smaller than I did the first year I went when I didn’t know anyone.

Again, I didn’t have a badge and I had to weasel my way into a few parties but the magic was waining. It didn’t feel great. I didn’t get to see any other films and for some reason, my insecurities got the best of me and I hid in the corners of the rooms and observed. I was not a participant even though I was part of a film that was the talk of the festival. I vowed when I went back to Sundance I would never feel that way again and in the meantime did everything I could to find out why the hell I felt that way in the first place. I discovered that I was in that in-between place…no longer a wannabe, but not yet where I wanted TO be.

That in-between place is the hardest to get through because only YOU can decide for yourself when you’ve gotten where you want to be. Most of us are too hard on ourselves so we may never feel that. Learn from me…love that place in-between but do not stay there. At some point grab your accomplishments, no matter how small they may be. Hold on to them and make them your own. Let go of everything else. Let go of all the other expectations you have for yourself. Then real magic happens.

During my in-between stage, I produced and acted in over a dozen movies. Not one of them that I truly produced got into Sundance but I still went to Park City every year. I took meetings, I saw new films and filmmakers, I went to all the parties I could get into and vowed not to stay in the corner attempting to appear like I belonged. The days I got to go skiing was when I felt the best. I also felt at home while watching the films. The social part…not so much. But you do what you have to.

Then I produced THE DIARY OF A TEENAGE GIRL, I didn’t have any silly notion that this film would be any different from the other films we made in that we would desperately try to get into Sundance, only to be rejected… but we made it anyway. This one was a Sundance Lab project…so just maybe, if we didn’t screw it up, we could get in. We didn’t screw it up. We got in. Now I was no longer a wannabe and no longer In between, I had made it to Sundance for real this time.

When we arrived in Park City in 2015 it felt very different. Everyone was being nice to us, everyone was excited about the premiere and I was nervous as hell. What if it sucked? What if people walked out? My dad even came to see it, what if my dad hated it? I wanted to run away, maybe this whole Sundance thing wasn’t what I wanted! What was I doing? Is this fun?

The film premiered, most people loved it, my dad didn’t disown me and it was bought by Sony Pictures Classics. Once it was bought by SPC (a company almost every filmmaker dreams of working with) I felt a lot better. but then…I wanted more. More Sundance, more nerves, more fear, more risks, more heart-pounding did we make it? are we good enough?

One could only dream of having a hit film there two years in a row. I don’t know how it happened, I can’t say there is a magic sauce or anything that I used other than several years of pain and torture and rejection to get us there one more year for SWISS ARMY MAN (2016). But holy cow we were accepted again and I will say THAT Sundance was my best. I was no longer a wannabe, I was no longer in-between and I also wasn’t a fluke. (at least that’s what you tell yourself then, I am fully aware, one year out, that it could have been a fluke).

This year I do not have a movie at Sundance, but of course, I did try 🙂 And I can’t wait to go. I’m going to see every movie I can, I’m going to talk to all of the wannabe’s and all of the inbetweeners and all of the veterans of Sundance. I’m going to enjoy every glorious and awful moment of it because it’s the life I‘ve chosen to live. I look back on my Sundance trajectory and wonder where I will go from here? I only know I will be back every year with a movie or as a wannabe.

Original Post: SUNDANCE: From Wannabe to Wow – It Actually Happened!