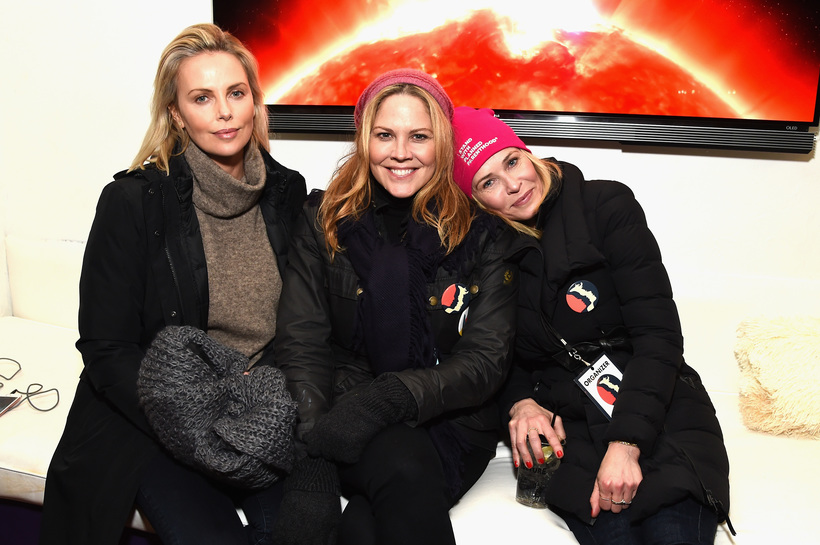 Every year in January, Park City (Utah) is buzzing with activity with hordes of film enthusiasts from all around the globe arrive here to be a part of one of the most awaited, celebrated indie film festivals of the world – Sundance Film Festival.

President and founder of the festival, Robert Redford, expressed his views on the spirit of Sundance by saying, “Independent artists create and enrich global culture. Their art, which we’re proud to present, can entertain and much more – it can illuminate, agitate, and empower. This year’s festival is full of films that showcase myriad ways for stories to drive change across hearts, minds, and societies.”

Sadly, longtime film festival director John Cooper will resign his post after an 11-year run shepherding the Robert Redford-founded gathering in Park City, Utah, Cooper will move to an emeritus director role being created for him. This January will mark his 30th consecutive festival.

Now in its 35th year, this edition of Sundance promises an enticing bouquet of indie films which includes more than 118 feature films from 27 different countries.

●    Wander Darkly – Revolving around a set of new parents who are facing drama amidst their crippled relationship. The film features Sienna Miller and Diego Luna in the title roles and is directed by director and screenwriter Tara Miele.

●    Welcome to Chechnya – Directed by David France, Welcome to Chechnya is a documentary which is an investigative work that follows a group of activists risking their lives to challenge the ongoing anti-LGBTQ pogrom dominating the parts of repressed and closed off areas of the Russain republic.

Besides these films, there are so many other amazing pieces of cinema which one would be able to enjoy during the festival, but it goes without saying that Sundance is much more than just films… It’s also about celebrating the soul of the entertainment industry at distinctive events, including exclusive premieres, receptions, parties, VIP lounges, and gifting suites. Here are some of the hot picks from this years’ lineup.

This is the event where food meets the magic of cinema! Founded in the year 2004 by power couple Mimi Kim and Kenny Griswold, ChefDance (chefdance.com) was specifically created to coincide with Sundance Film Festival. The strategic timing was kept to facilitate the perfect union between the worlds of fine dining and films. And since 2004, ChefDance has been successfully hosting fabulous events where prestigious guests, including some of the top chefs from around the world, have come together to celebrate food, culture, and films in exclusive settings. The 2020’s lineup features chefs like Alice Waters, Martha Stewart, Gabriela Cmara, Melissa Perello, Shawn McClain, and Galen Zamarra.

Warner Media and AT&T will join hands for the very first time at this year’s Warner Media Lodge. Located at Heber & Main, this 4-day event is an all-new, re-imagined and re-designed entertainment and culinary hotspot where A-listers and filmmakers will come together for daily lunches, industry panels, cast dinners, etc. This year the lodge also features the Variety Studio presented by AT&T, where the filmmakers and talents will be welcomed and photographed in style. Warner Media will once again partner with Jon Shook and Vinny Dotolo, owners of the famous LA restaurant, Jon & Vinny’s Italian Restaurant, to host several amazing events and parties for the attending celebrities. One can expect events in the form of lunches, tastemakers, premier parties, after-parties, and musical performances during these 4 days.

David Manning will be returning with the 8th edition of Kia Telluride Supper Suite to serve as the premier hospitality and fine dining destination on Main Street, celebrating the top films and Hollywood A-listers who’ll be attending the film festival.

Guests also spent time checking out luxury snow boot and accessory brand MOU which will be returning this year as well.

TAO Group Hospitality would also be returning with a brand-new edition of its TAO Park City at the Sundance Film Festival 2020. This is their 12th installation at the film festival and this time around, things are going to be bigger and better like never before! Presented by Stella Artois, this year’s Park City will be located at the Yard, and it is going to be a 3-night pop-up starting from January 24th to January 26th. Cocktails will be served by Casamigos and Whispering Angels will be taking over the outdoor lounge. On the DJ, one can expect Brody Jenner & Devin Lucien, Vice, DJ NVM, and Chase Sound Check. Those with Chase cards will be able to access an exclusive preview event to be held on January 23rd, featuring a private performance by Mark Ronson.

Continuing the tradition of the last 12 years or so, Music Lodge (musiclodge.global) will once again join hands with the Associated Press to become the home to Music Lodge Live! Acting as the AP’s premier media hub at the Sundance from the last several years now, Music Lodge will feature daily performances (between 4 to 6 PM) as well as a number of select evening concerts. This is the place where top celebrities, including Hollywood stars, filmmakers, and social media influencers will be stopping by each day for official interviews and pictures. On January 26th, the lodge will be celebrating the Grammy Night with a live screening of the telecast, hosted by Grammy award winner, Charles Colin of Train, who’ll be performing at the event as well.

One of our favorite stops! From January 24th to 27th, RAND Luxury will also return with its 7th annual event at Park City, Sundance. Those with an invitation are welcome to visit the Luxury Escape (randluxury.com) at the St. Regis Dear Valley. The escape offers festivalgoers an exclusive experience of breaking away from the flutter of Main Street and relax amid sponsorship activations from top luxury brands. The weekend would be dedicated to hosting receptions for the Go-Go’s, Black Bear, the Evening Hour, and Omniboat – A Fast Boat Fantasia.

The annual Shabbat Lounge is one of the most sought-after spaces for all those festivalgoers who love to eat amazing food while unplugging themselves to get refreshed. On January 24th, the lounge will host its annual ticketed Sundance Shabbat Dinner. If one has access to this dinner means he/she has access to all the Shabbat Lounge events throughout the festival.

WELLHAUS, the new health and wellness event platform with a special focus on CBD, will also feature during this year’s Sundance. This time, they’ve partnered with 3 local venues to establish a never-seen-before multi-location brand experience. These 3 venues are – the Wellhuas Spa at the PuraVida Spa at Sky & Main Hotel, the Wellhaus Cafe at the Main Street Deli, and the Wellhaus Lounge at the brand-new Old Town Cellars.

Located at the Park City’s historic Red Banjo Pizza Parlor, Legion M Lounge is a favorite hotspot where one could easily spot filmmakers, celebrities, and Hollywood A-listers letting their hair down and having a gala time. There is an impressive list of events and activities planned for this year!

Asia Society is the pioneer educational organization dedicated to promoting mutual understanding and strengthening partnerships among people, leaders, and institutions of Asia and the US. Asian Sundance Soiree is an opportunity where one could celebrate and experience the essence of Asian filmmaking at the Sundance Film Festival.

With its 10th edition this year, Acura will be returning to Sundance to host the Acura Festival Village – the place where festivalgoers will spend time enjoying a variety of activities, including parties, panels, and premiers. This year the main highlights are – Stella Artois beer, High West Distillery spirits, a special photo booth, Acura NSX Supercar, and phone charging stations.

2020 marks the 10th anniversary of this association between Adobe and Sundance. A long list of activities and events is on the cards for everyone, from iconic filmmakers to next-gen storytellers and everyone in between. There’s going to be a lively discussion on ‘Empowering Every Voice in Film and the World’, and to celebrate the amazing work of the editing community, ‘The Art of Editing Reception’ will be hosted by Adobe this year. Not to mention – Sundance Ignite Private Screening – a program that identifies and supports new voices and talents from the next generation of filmmakers and storytellers (aged between 18 to 25).

In the past, Lyft has been one of the key rideshare sponsors of Sundance. So, its presence has always been consistent during the days of the festival. Lyft provides rides to the festival-goers, plus, it hosts a two-story lounge which is open to the public as well. They have a photo booth and, on top of that – a hot chocolate bar! Every night this space slowly turns into a wonderland of exciting events, dinners, and cocktail parties.

Canon cameras are synonymous to quality filmmaking and to celebrate their success, Canon’s Creative Studio has planned to pay tribute to filmmakers’ artistry and sheer genius by organizing a pop-up at Sundance 2020 that’ll feature interactive displays, Wi-Fi connectivity and snacks along with an invitation-only party, ‘Raise Your Glass to Cinematography.’

Watch this space as we post more from our trip to the Sundance Film Festival! Let’s have some fun in the show 🙂