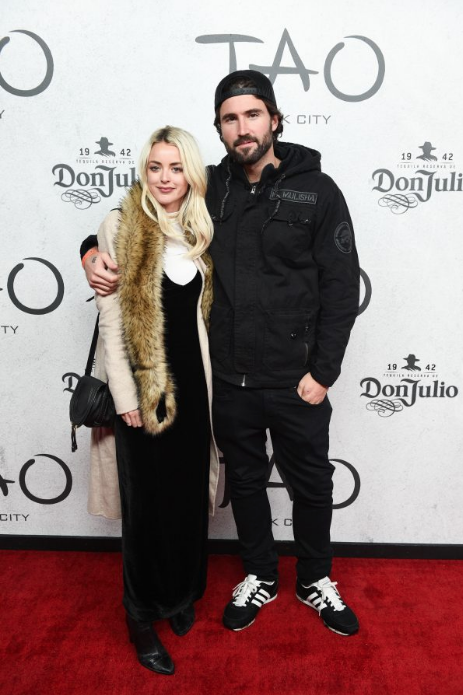 Gothamolgy will mark its 10th anniversary attending the Sundance Film Festival! Now, that we know a thing or two about happenings on and off Main Street in Park City, UT, we’re happy to provide you a sneak peek into what to expect at the Film Festival this year!

Salesforce AP Music Lodge
Lisa Precious brings back the coveted Associated Press Headquarters to lower street during the first week. By day, the Salesforce Music Lodge will serve as the Associated Press Festival Headquarters for its 12th year with a constant flow of high-profile celebrities stopping by for TV interviews, photo shoots film cast portraits. Invite only guests will enjoy a hosted bar, DJ and cultural cuisine from presenting sponsor, The State of Louisiana. This serves as a backdrop to a new documentary, A Tuba to Cuba, about the history of New Orleans jazz. Louisiana Office of Tourism and Louisiana Seafood will feature fresh Gulf seafood, steaming gumbo, and an oyster bar topped with Cajun Caviar. Ace Hotel New Orleans will be gifting stays for weekend getaways to the birthplace of jazz to experience an evening at the famed Preservation Hall.

By night, the Music Lodge will host concerts from world-renowned artists — including Preservation Hall Jazz Band and Arcade Fire’s Win Butler and Regine Chassagne — who are creating positive change through music.The music lodge is a paparazzi hotspot.

Rand Luxury
Tucked away near the powdery slopes Deer Valley, a quaint St. Regis will become the hotspot to see and be seen. Bradford Rand brings together an excellent mix of sponsors and events which scream nothing less than . Guests looking to get away from the crowd on Main will fall in love with what Rand Luxury’s magnificent spot has to offer. The Funicular ride is just the beginning!

Chefdance
Turning Sweet 16 this year in Park City will be Chefdance. The “biggest culinary feast” will take place in Park City during the Sundance Film Festival. The five-night series kicks off with celebrity chefs preparing unforgettable signature dishes shared amongst a celebrity and influencer crowd. Mimi Kim of Chefdance has single-handedly founded the death knell for the harried, hors-d’oeuvres culture of the festival experience by offering a unique, sumptuous gourmet dining experience in a decidedly relaxed classic environment.
Chefdance was developed to coincide with the film festival, providing the perfect marriage of fine food and film. The biggest culinary feast invites great guests, companies, and chefs to celebrate food, culture, and people in an exclusive setting that promises memorable experiences, great connections and unforgettably great moments.

This year, the founder of FGNOW.org, Skyler Griswold is a keynote speaker at Chefdance.

Kia Supper Suite at Sundance 2018 from A-List Communications on Vimeo.

The supper suite’s daily lineup for the first week:

DIRECTV Lodge Presented by AT&T
AT&T and DIRECTV will once again take over Heber & Main on Main Street for an all-new, redesigned culinary meets entertainment hotspot for filmmakers and talent. The Lodge will be featuring interviews and portraits with some of the festival’s top A-list actors and filmmakers. AT&T and DIRECTV will also host daily lunches for celebrities and tastemakers, premiere parties, industry panels, and cast dinners. Guests are sure to enjoy Italian favorites from Jon & Vinny’s Italian Restaurant, the famed Los Angeles restaurant from James Beard Award-winning owners Jon Shook and Vinny Dotolo.

WellHaus
New health, wellness, and CBD focused event platform from event industry veterans Axcess Entertainment, will make its debut on Main Street. Founded by the Stanley brothers, Charlotte’s Web is the world’s leading brand by market share in the production and distribution of innovative hemp-based CBD wellness products. At Sundance, Charlotte’s Web partnered with the producers of “Before you know it,” which is set to have its world premiere in the U.S. Dramatic Competition.
Daily events at WELLHAUS will include panel discussions, daytime experiential activities, happy hours, networking events, nightly dinners with The Herbal Chef and the CBD infusion bar open from noon – 1 am.

Being added to Main Street this year will be the festival travel service, WanderLuxxe. Founded by entertainment industry event producers Marti Hines and Lola Wood, WanderLuxxe offers exclusive packages to the Sundance Film Festival, curated for cinephiles as well as novice festival goers who would like to experience Sundance with access to programming, events, and resources.

The WanderLuxxe Filmmaker Lounge, presented by Costa Rica, will be hosting an array of film premiere parties, performances, events and panels such as “Diversity Representation,” “Women in Entertainment” and “Industry Innovation” led by The Wrap on January 26th and 28th, including a kick-off happy hour to the festival on the 25th. The slate of films is currently scheduled to celebrate Love, Antosha documentary tribute to Anton Yelchin, Clemency by the director and screenwriter Chinonye Chukwu and more. Color of Change to host a podcast series #TellBlackStories at the lounge on January 27th with invigorating conversation discussing diversity in the film space, and a live “coffee and conversation” with Tichina Arnold on January 26th.

Creative Coalition at Sundance
The Creative Coalition is the nonprofit, nonpartisan social and public advocacy organization of the arts and entertainment community will be back with a slew of events catering to celebrities and VIPs. This year, The Creative Coalition events will be located on several locations which include Main Street, Stein Erickson Lodge, and Deer Valley. Guests will enjoy fun activities such as the Eco-Luxury gifting suite co-presented by Project Green, a luncheon for celebrities’ teachers during the daytime and members reception and the annual awards gala dinner during the night.

1/26 Saturday
Teachers Making a Difference Luncheon
A luncheon reuniting celebrities with a teacher or mentor that made a large impact on their lives. This event celebrates the power of education and the importance of the teachers who impart significant lessons from books and from life experience. This year’s guests include Walton Goggins (Justified, Them That Follow) & Lucy Alibar (Beasts of the Southern Wild, Troupe Zero).

Sundance attendees looking to try their hands on some of Canon’s hottest and newest camera and tech must make this a pit stop. Other events include thought-provoking panel conversations curated by the editors of American Cinematographer. Once again, Canon will offer complimentary filmmaker headshots by photographer Michael Ori. Open to Artist Badges and guests only.
On Sunday, Canon and American Cinematographer will host their annual toast to the cinematographers of the 2019 Sundance Film Festival.

Adobe – Explore the Wide World of Editing
Join a lively discussion with – and generation-spanning editors about the ever-evolving craft of editing. Hear Sundance Film Festival success stories, ranging from iconic documentaries to groundbreaking fiction features. Panelists include Carla Gutierrez, editor of 2018’s hit documentary * RBG*; Will Merrick, editor and graphic artist for the technological thriller * Searching *(2018 Sundance Film Festival Audience Award: NEXT); and Paul Rogers, editor of *The Death of Dick Long* from this year’s NEXT category.

Now Apocalypse World Premiere Launch Party
STARZ and Vanity Fair will bring the world premiere of the Starz original series, Now Apocalypse to Main Street. An official selection at Sundance, the premiere launch party, is one of the most sought after parties at the festival. The party will be presented by filmmakers Gregg Araki, Steven Soderbergh, and Gregory Jacobs. Guests will enjoy an “End of the World” DJ Battle and Silent Disco.

Sundance Shabbat Dinner and Lounge
Back on main, the Sundance Shabbat dinner features a traditional Friday Night Sabbath meal. The sold-out meal brings together close friends, industry insiders, actors, filmmakers, and the who’s who of the entertainment business. Guests can also stop by the Shabbat Lounge and mingle with peers from the Jewish community. If you miss this one, don’t worry, they’ll also be in Cannes this year!