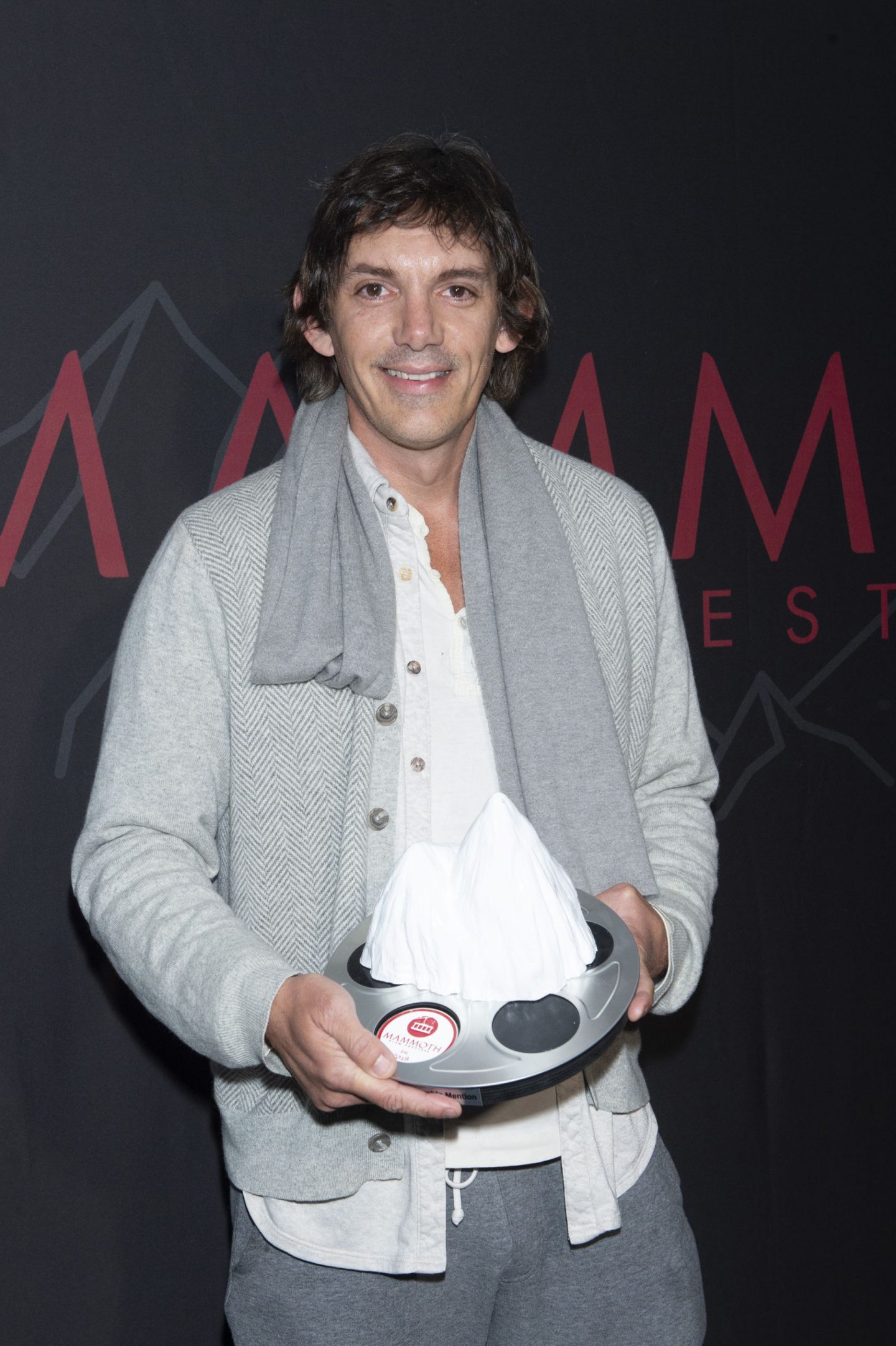 Winners that were announced at a ceremony at Canyon Lodge included Tony Hawk’s Pretending I’m A Superman – Best Action Sports (Feature) and Best Documentary (Feature); Hour of Lead – Festival Favorite by sophomore director Peter Facinelli, starring Anne Heche and Thomas Jane; and She’s In My Head music video short by first time director Lukas Haas – Best Achievement in Filmmaking for its innovative approach to film (the video premiered live to Youtube during its theatre screening at the festival as well). Alone took home one of the top prizes of the evening, Best Picture Feature, and Bloodline’s Jules Willcox received Best Actress in a Feature Award. The world premiere of the highly-anticipated Runt, starring Cameron Boyce and produced by Carl Rumbaugh and Gregory Thomas, won the Audience Award for a Feature Film, while William Coakley was recognized for Achievement in Filmmaking: Director. Cameron Boyce’s family, who represented The Cameron Boyce Foundation, were also in attendance.

The Grand Juror Award Winner for Feature In Full Bloom had its North American Premiere at the festival. The debut feature written and directed by Adam Villa Señor and Reza Ghassemi, is told in both Japanese and English, and features stunning cinematography and a spellbinding score by Andrew Kawczynski, whose credits include Dunkirk and Wonder Woman.  The film’s international ensemble cast is headed by newcomers Tyler Wood and Yusuke Ogasawara as boxers defending their respective countries. The film explores the themes of political tension and the fighters’ parallel journeys as they test the very limits of human spirit against the backdrop of corruption and painful memory. Timothy V. Murphy, Hiroyuki Watanabe, Stefanie Estes, Hazuki Kato and S. Scott McCracken round out the strong supporting cast.

Festival founders Tanner Beard and Tomik Mansoori officially dedicated the 2020 festival in honor of Dave McCoy, the beloved founder of Mammoth Mountain, who recently passed away at the age of 104. His documentary was also shown during the festival.

Presented by KODAK, MammothFF’s “Vol. 3” kicked off opening night with a never before seen, extended cut, of the Quentin Tarantino documentary QT8: THE FIRST EIGHT directed by Tara Wood and introduced by actorMichael Madsen. His son Christian Madsen was also in attendance to premiere his debut action comedy short Dinner with Grandma. From Reservoir Dogs through The Hateful Eight, QT8 takes viewers behind the camera into the mind of one of the world’s most celebrated filmmakers in this documentary.

The shorts category featured the directorial debut of indie rock experimentalist and actor Lukas Haas (@LukasHaas), as he takes a swing at the emotional complexities and shallow nature of Instagram in a music video that transcends categories for his new single, She’s In My Head. The multi-faceted creative weaves a tale of obsession by way of iPhone in the track’s accompanying video, delivering a harsh societal critique. In addition to Haas’ extensive list of TV and film credits, the video marks his directorial debut, was co-directed by Ariel Vromen, and features cameos from actor Brandon Thomas Lee and model Tess Jantschek.

Mammoth Film Festival™ aims to lead the charge for an ever-changing landscape of film and media. This festival, founded by actor Tanner Beard and producer Tomik Mansoori, premiered in 2018 and specialized as an all media platform in celebrating varieties of filmmakers, actors, directors, writers, producers and their work. Regal with the wonderful town of Mammoth Lakes, CA as its beautiful backdrop, MammothFF is held in February at the Minaret Cinemas as well as various venues throughout town. This 5-day festival includes Special Screenings, a Charity Celebrity Bowling Tournament, Educational and Interactive Panels Discussions with Top Industry Leaders, Press Conferences and the MammothCON Vendor Exhibition Hall.