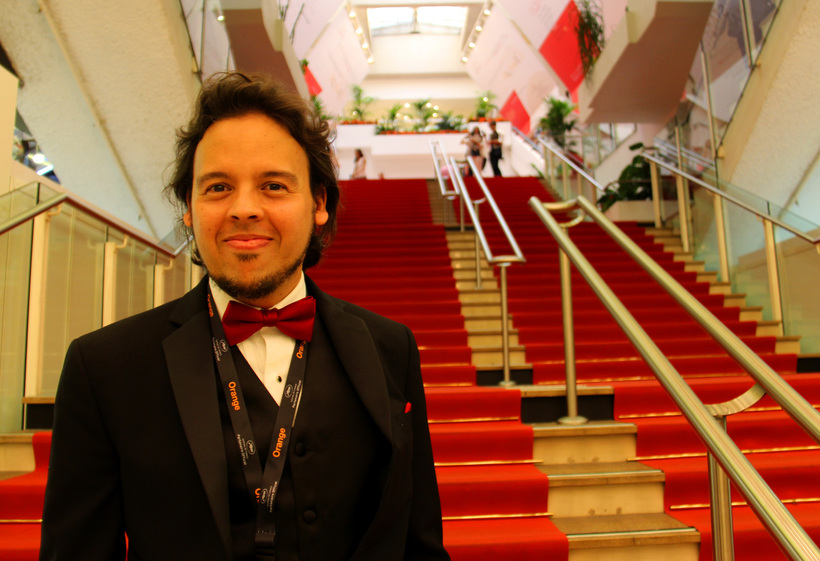 GC: What Inspired you to make Legally Speaking?

JB: I wanted to pit together two opposite ideas of our times, on screen – my initial instinct was to make it political (a draconian straight-laced right wing senator against his slacker leftist step-son), which my talented friend, writer/actor Michael Germant, with the help of our two amazing supporting actors Roman Podhora and Mel Tuck, pushed much further than I could’ve done myself, involving LGBTQ vs bigotry, Millennials vs Boomers (vs the Silent Generation!), and modern privacy ethics vs commercial voyeurism. All while aiming at dark comedy through social satire – as it makes these topics more palatable (I’m a big fan of Louis CK).

JB: Shooting zero-budget films is probably the toughest challenge independent filmmaker face in their careers, and this film was no exception. We crowdfund, use our personal savings, ask for favors – borrow, beg and steal…the list is long. But these hardships also provide the most amazing experiences, and strengthen the resilience needed to keep doing it over and over again. Sometimes, if the odds work out in your favor, they even provide rewards (such as actually finishing the film!). I’ve made nearly a dozen of them, and the financing is always the biggest challenge – but, like the Baboon said to Bojack: it gets easier. You just gotta do it everyday.

JB: I’ve heard everything from “I don’t get it”, to “interesting”, to “hey, that was pretty cool”, to “wow, ballsy”. It has gotten me into philosophical conversations about consensual extramarital sex, alcoholism, homophobia, racism, and a whole list of other “isms” too long to mention. Short film audiences are hard to predict, since shorts attract such a segmented group of people, but it’s the easiest way to get people to share their opinions about a subject you care about. 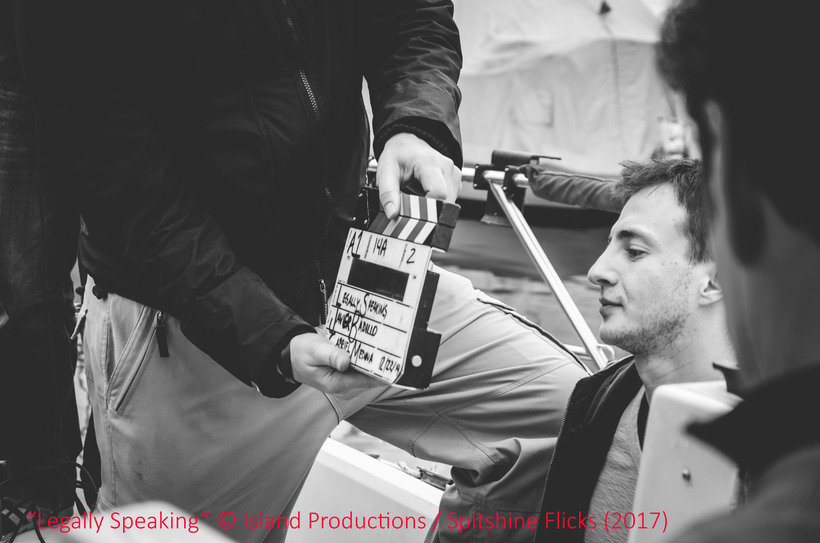 JB: Since we decided to produce the movie on a shoestring, by the time we were done shooting, we were out of funds. We submitted to a handful of festivals, and the Cannes Short Film Corner was the first big positive response. Other than that, we’ve had a couple selections in smaller niche (and free) film festivals, through websites like FilmFreeway and Withoutabox. A few years ago I visited Cannes with another film and had a very similar experience. Festival glamour aside, Cannes truly is worth every penny, since it has taught me the real business behind the art of making films, and given me access to a larger pool of established film professionals, who can help me make my films in the future.

Now that Legally Speaking is on its humble festival run, I’m focusing my attention on developing a feature length drama about the Syrian conflict titled “Roads of Ithriyah”, which I wrote with my friend actor/writer Shayan Bayat, and hope to begin shooting by ends of the year. I’m also starting work on a new TV series as a writer / director, which is a big step forward in my career, and should keep me busy until well into 2018. I’ve learned over the years that sustainability as a film director doesn’t come overnight, so I’ve also learned to develop a thick skin and tons of patience!

JB: Legally Speaking was different from my other short films in the speed it came together — thanks in no small part to my co-producer Michael Germant, whose laser focus and burning drive kept us both pushing forward, and fast. The cast, crew and locations fell in place also quite smoothly, especially compared with my other projects, where bigger teams and higher budgets also meant slower progress. The flip side to this of course is that we ended up spending most of our funds on the production, consequently slowing down our post production, and nearly wiping us out during the festival phase. But it has all been worth it in the end, and I’m incredibly proud of the final product and the team that helped us put it together. It really comes down to the wonderful people behind the scenes and in front of the lens; everything else is hubris.