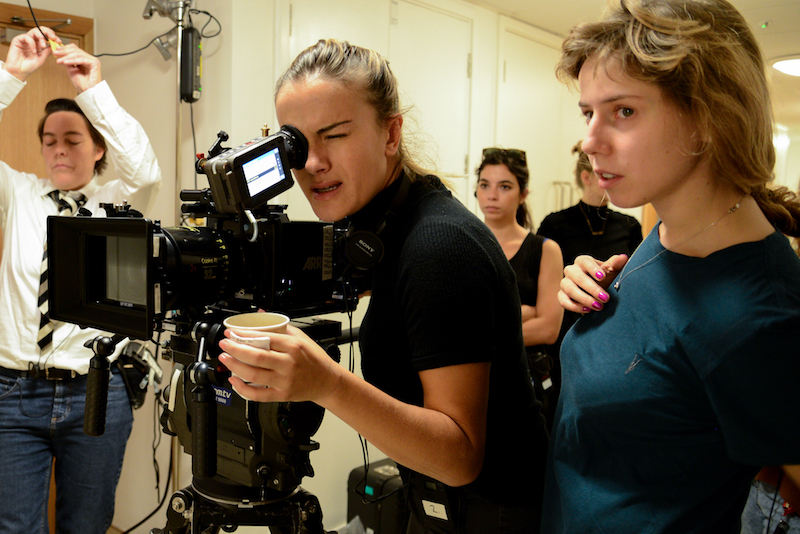 Daphne Schmon, On Location – All of Me

GC: What Inspired you to make All of Me?

DS: I have always been fascinated by how people cope with difficult transitions in life — sometimes shutting out those they love most. My mother had a difficult relationship with her mother growing up in Greece. They didn’t speak for 25 years due to various complicated reasons, but beneath the pain was always love. I wanted to make a film that explored the complexities of a broken relationship. I knew I wanted to collaborate with close friend and writer Emily Carlton. ALL OF ME is loosely based on a mutual friend of ours who is a brilliant creative living in London, but has disconnected from his family up North. As I got to know him, I became curious as to what led to this divide and what would happen if he was forced to confront them. From this curiosity, the character of Viv was born. Emily and I wanted to write a strong female lead with a unique identity — a mixed race, genderqueer, artist — all of which inform who she is but do not drive the story. Ultimately, this is a film about grief, denial, and reconciliation. 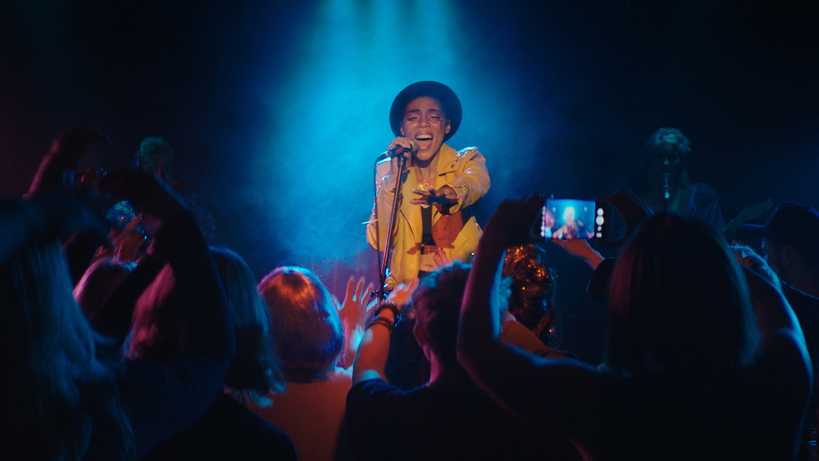 Still – All Of Me

DS: The final scene when Viv returns home presented the biggest challenge for us, as we shot it as a long continuous take. The camera rotates around the actors, tracking them in and out of the house. The lights had to be set entirely from above with the sound team moving in perfect coordination alongside Steadicam operator Svetlana Miko. This all required tremendous coordination on behalf of the cast and crew. The purpose was to create an almost “documentary” feel. The viewer becomes a voyeur, watching each moment play out in real time. The spinning camera creates a dizzying claustrophobic sense, reminiscent of how Viv herself is feeling. For this scene, I drew inspiration from a vignette called “Diana” in Rodrigo Garcia’s film NINE LIVES. It takes place in a supermarket, using a 14-minute unbroken continuous shot. Diana, played by Robin Wright, bumps into the love of her life who she evidently hasn’t seen in many years. The lack of cutting works so well to build tension, especially in moments of silence. The scene becomes about what is not said. I wanted to approach Viv’s confrontation with her family in this same way. We only made it to the end of the scene twice. I purposefully didn’t want the actors to experience that explosive moment too many times. I wanted to capture their authentic reactions. Indeed, the take that made it into film was our first one. It was definitely an ambitious shoot, but the end result stands as a testament to our incredible cast and crew. 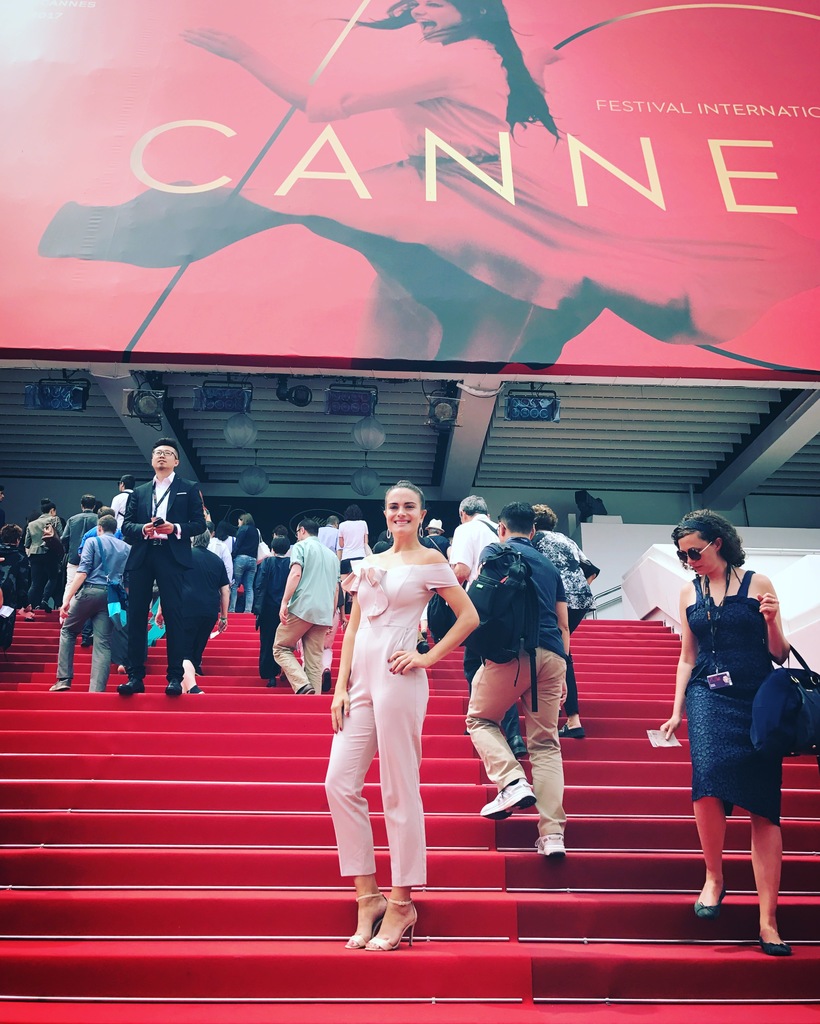 EMILY CARTON – Writer (All of Me): The audience reaction has been brilliant, it’s always incredibly nerve wracking showing something you’ve worked so closely on to people. At our world premiere in Cannes, I was so tense and alert to the audience’s reaction, I flinched every time there was any noise! Fortunately the atmosphere was really positive. It’s a real revelation, seeing an audience watch the film. There are things that don’t come across- of course an audience aren’t agonizing over every line and meaning like we did, so some nuances get totally missed, and you have to reconcile yourself to that. But sometimes you find new things in your own work, and that’s really magical. In our Cannes screening for example, the audience were really laughing at the humor at the start. Lines that had originally been intended as jokes, but stopped being funny to us at about the ten thousandth reading, were suddenly coming out again. You remember – that was funny. It’s incredibly gratifying. Far more than any humor though, the film has a very serious message, and that has really resonated. We’ve had messages from people whose families have struggled with Leukemia. Having had, even in the smallest way, that kind of impact on people has been humbling and inspiring for us all.

DS: The festival circuit has been wonderful thus far. Our world premiere took place in Cannes with the Creative Market Group. There is no better place to premiere a film than Cannes! The energy in the town was unparalleled and we were surrounded by the filmmakers who inspired us in our youth. We were lucky enough to play our film in a 225 seat theater, which sold out! Then on June 2nd, we had our UK Premiere at the British Film Institute as apart of S.O.U.L. celebrate:connect. This event started by Iyare Igiehon left me in awe; not only is it immaculately run, with a fascinating choice of 9 films that leave you crying and laughing, but there is a networking hour afterward where we met so many great people who we hope to collaborate with. Next we are off to Oscar Qualifying Palm Springs International Film Festival for our U.S. Premiere. We are looking forward to a California road trip!

DS: Yes I come from a documentary background, so it was quite new directing actors and working with a script. Though the experience was not totally foreign, as I have worked on fiction sets and directed several films at Wesleyan University. I have also myself acted in the past, and my father is a professional actor, so this influenced my approach. I have great respect for the process actors go through and made sure we had ample rehearsal time to develop each scene. Perhaps the documentaries push me towards a hyper-realistic style of filmmaking — long takes, limited score, moving steadicam. I certainly hope to continue with fiction films. My writing partner and I are developing a feature set in Greece, which we hope to shoot in late 2018. The plot will be very different to ALL Of Me but surely some stylistic elements will carry over.

Original Post: Filmmaker Daphne Schmon Discusses – All of Me, a True Women in Film Project