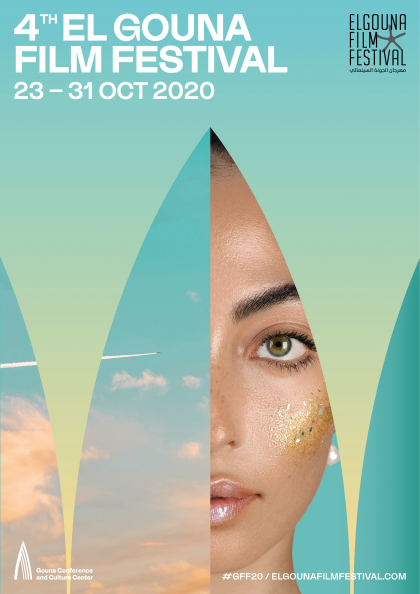 Intishal Al Timimi, Festival Director, stated: “Short films have their own kind of magic. At GFF, we strive to showcase all forms of cinema that enrich our fantasies and inspire our minds. That’s why we aim to keep our Short Film Competition as diverse and stimulating as possible. From all over the globe, this edition’s competition carries an impressive ensemble of short films that promise to offer our guests an unforgettable experience.”

Amir Ramses, Artistic Director, commented: “This year’s collection of short films is a treat to our senses, for we continue to celebrate the great and promising works of emerging and established filmmakers alike. As always, I can confidently say that I am proud of this edition’s portfolio.”

Set for its world premiere, The Bath (Tunisia, France) by Anissa Daoud carries the story of a father spending time alone with—and committed to taking care of—his 5-year-old son, despite his own fears.

Jasmine Trinca’s directorial debut, Being My Mom (Italy), starring Alba Rohrwacher, tells of a peculiar day in Rome. Only a mother and her daughter keep the road company, dragging a large suitcase along, as well as their own complicated relationship.

Ivan Milosavljević’s Blue Frontier (Serbia, Slovenia) is yet another attractive addition to the Short Film Competition. It tells the intriguing tale of an old fisherman who has spent his entire life searching for the biggest fish in the Danube. It explores the relationship between two protagonists—one on the surface of the water, and the other in the unknown depths of the river.

Bullmastiff (Ukraine) is Anastasiia Bukovska’s directorial debut. It introduces us to the life of a war veteran who is trying to return to normal civilian life. Interestingly, he is accompanied in his quest by Roy, a bullmastiff dog.

Death of the Official (Russia) by Artem Gilemyanov gives us a glimpse of what goes on within the mind of a cadastral official when he learns that he is soon to die. A fortune-teller, money and possessions, and a winding road towards an unusual goal.

Valentina Casadei’s End of September (Italy) introduces us to two brothers without a father figure, trying to navigate the experiences of their ages and desires, while surviving a less-than-perfect living arrangement with an absent, alcoholic mother.

I Am Afraid to Forget Your Face (Egypt) comes from director Sameh Alaa. The film follows Adam, who—after being separated for 82 days—decides to venture a rough road to be reunited with the one he loves. It is the first Egyptian film to be selected for the Official Short Film Competition at the Cannes Film Festival in 50 years.

From the realms of digital advocacy, Rubén Barbosa brings to us his latest work, Influencer (Spain), which tackles the threatening incident where one of the most popular internet influencers is suddenly stripped off of her 4 million followers.

Dimitris Anagnostou’s first short film, Mare Nostrum (Greece), carries a coastal mystery that began in the 19th century, and trails its effects a hundred years later. The film reflects the connection between the past and present-day Europe.

With Obvious Offside (Tunisia), Sami Tilili covers the events of a winter night in deserted streets, and a crucial football match that two policemen listen to until the transmission is mysteriously interrupted.

The Other Cheek (Egypt) by Sandro Canaan tells of the moral dilemma a father faces when his child comes to harm’s way, where life sometimes challenges one’s very own nature and beliefs.

From Switzerland, the animation Peel by Samuel Patthey and Monney Silvain follows the daily routine of a retirement home in an isolated location, where time fades away, but in the distance, a vast forest stretches on.

United in their love for magical realism, myth, and painted craftsmanship, Yngwie Boley, J.J. Epping, and Diana van Houten bring us Pilar (Netherlands, Belgium), a hand-painted animation about a post-apocalyptic city where nature is slowly reclaiming the streets.

Play Schengen (Norway), a film by award-winning director Gunhild Enger, brings an interesting question to the table regarding a gaming company creating a video game about the European Union: Can pixel graphics make Schengen catchy?

From Lebanon, Dahlia Nemlich puts the 2019 revolution under the spotlight with Roadblock, which follows Farah, a Lebanese activist who—on her way back from a protest with her French-Lebanese boyfriend Anthony—gets stopped by two armed militiamen who have a bone to pick with her.

Included in the Short Cuts programme of the 45th Toronto International Film Festival, Sër Bi (France) by Moly Kane tells the story of Zuzana, who is getting married the next day, and is desperately and courageously endeavoring to erase her painful past.

Award-winning Farah Shaer participates with Shakwa (Lebanon, Jordan), which takes place in present-day Beirut, where Hoda secretly goes to try and report a crime that her husband had committed. However, she finds herself in an unenviable situation where the victim becomes the accused.

And last but not least, Sticker (Macedonia) by Georgi M. Unkovski lets us in on the adventure of Dejan. After an unsuccessful attempt to renew his car registration, he falls in a bureaucratic trap that tests his determination to be a responsible father. The film was well received when it screened recently in the Shorts Program at the 36th Sundance Film Festival.

One of the leading festivals in the MENA region, GFF aims to showcase a wide variety of films for a passionate and knowledgeable audience, while fostering better communication between cultures through the art of filmmaking. Its goal is to connect filmmakers from the region with their international counterparts in the spirit of cooperation and cultural exchange. The festival is committed to the discovery of new voices and strives to be a catalyst for the development of cinema in the Arab world, especially through its industry segment, CineGouna Platform.