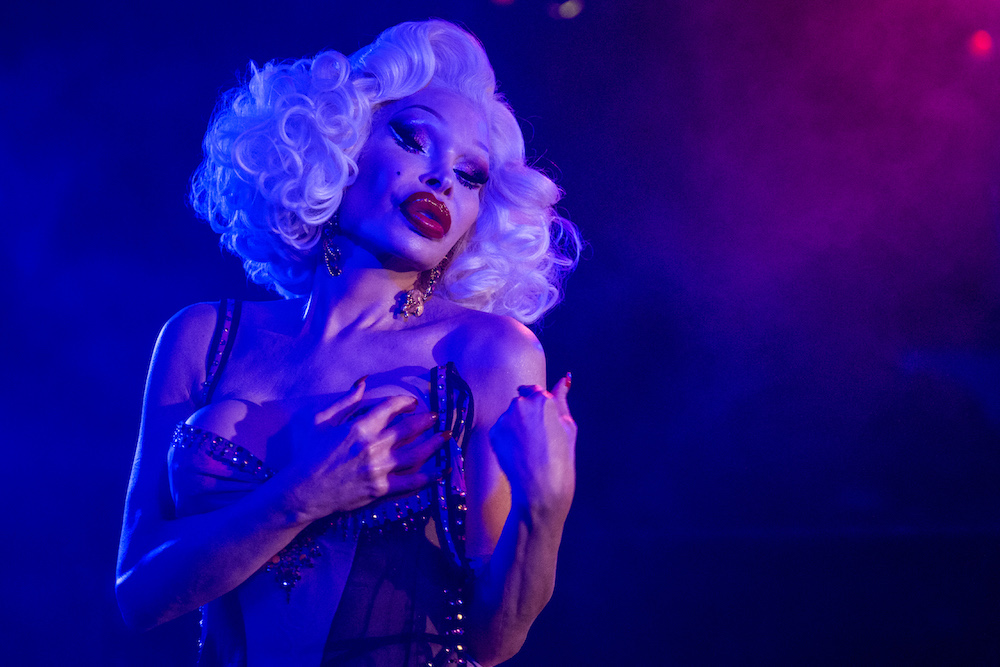 Located in Chelsea, on the 27th Street, McKittrick Hotel is a chic Manhattan hotspot and unlike its name suggests, it’s not really a hotel, but a massive warehouse transformed into several, performance and entertainment spaces, with a classy rooftop bar as its crown. Every week thousands of people visit the McKittrick Hotel to witness some of the sassiest, most enthralling and talked-about live performances of the New York City. 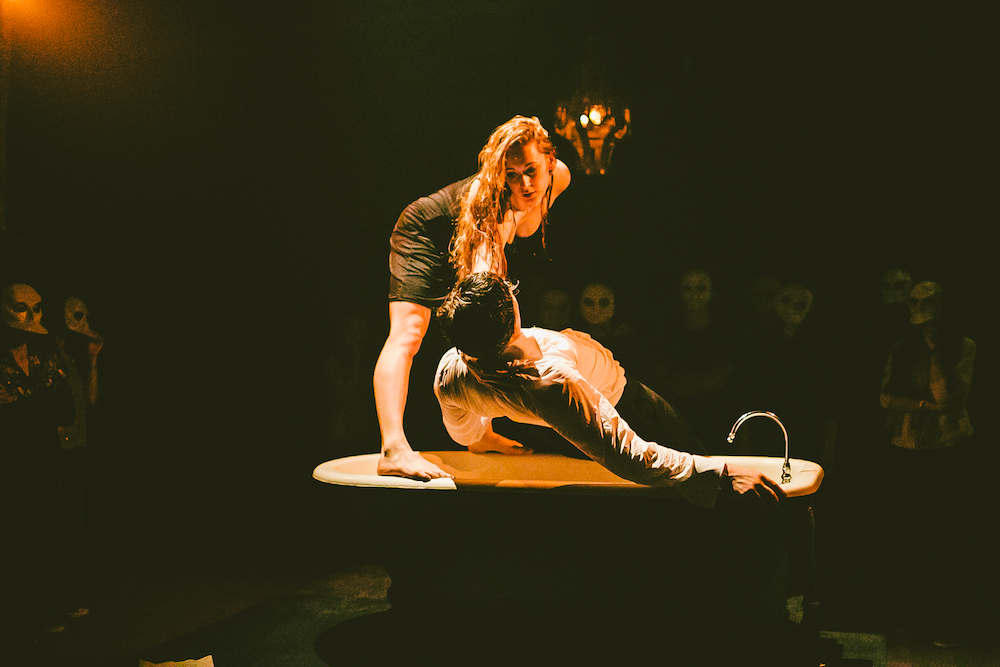 Sleep No More. PHOTOGRAPHER for The McKittrick Hotel

Best known for its interactive theatre experience, Sleep No More, which makes the audience a part of the performance itself, as once the show begins, everyone is free to explore the entire property, with each of its rooms serving as a playground for the eccentric artists with their performance masterpieces. However, that’s just the beginning! McKittrick’s resolve to offer their guests something new and electrifying every time they visit often results in events like Inferno, Mayfair and Valentine’s Dance. Also, now, with the Lost Supper and Bartschland Follies, the fun never fades at the McKittrick! 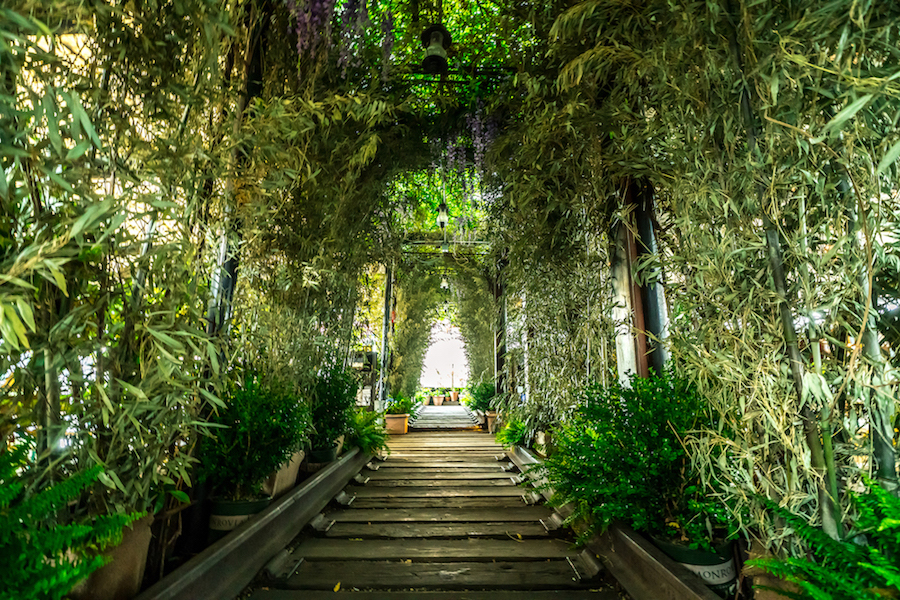 If someone plans to visit the McKittrick on a perfect Friday Night, one can ditch the euphoria and hysteria of Sleep No More to explore the new in town, saucy and racy burlesque cabaret extravaganza – Bartschland Follies at the Heath. First, head for a few drinks and some mouth-watering quick-bites at the Gallow Green, McKittrick’s sensational rooftop bar or one can say ‘a garden’ (probably from somewhere around the 17th century). 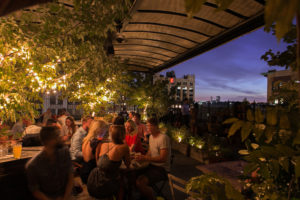 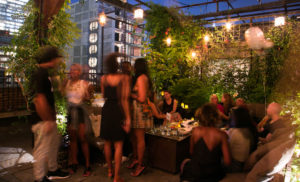 Gallow Green is effortlessly romantic with its string lights and lanterns subtly illuminating the space with the majestic views of the glittery West Side buildings as the backdrop, pebbles and slate floor, comfortable wooden furniture and lush greenery all around with flowers neatly arranged in beautiful trellises. Spending some fantastic time wining and dining in this laid-back, artsy bar, people often lose track of time. They get back to their senses when they realize that the midnight has arrived and has brought with it, a big box of excitement in the form of Bartschland Follies. 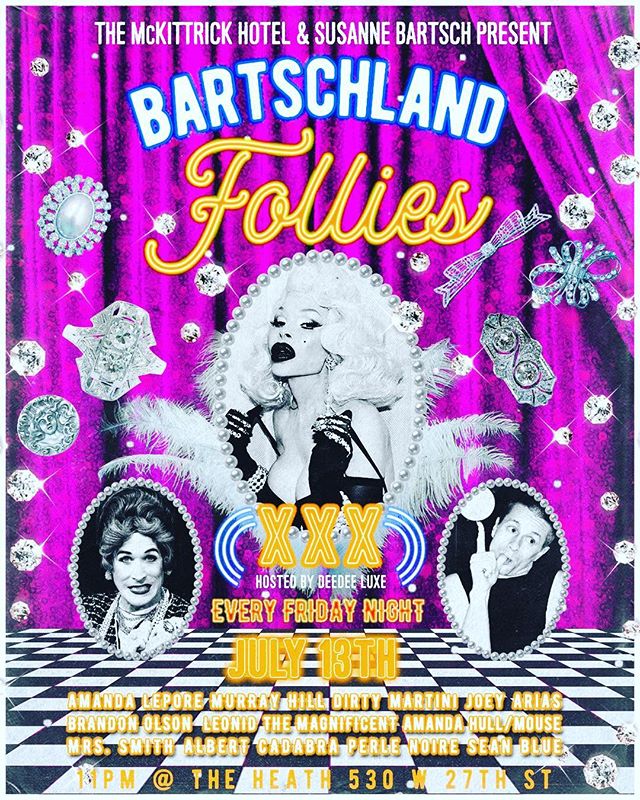 The brainchild of New York City’s Nightlife Legend, Susanne Bartsch, Bartschland Follies is an ‘outrageous burlesque circus meets cabaret meets drag show meets opera meets whatever-you-can-imagine-in-your-wildest-of-dreams!’ Every night there’s a new cast with a new set of quirks and whimsies. So, one can never really anticipate what they are in for no matter how many times they’ve been here before. 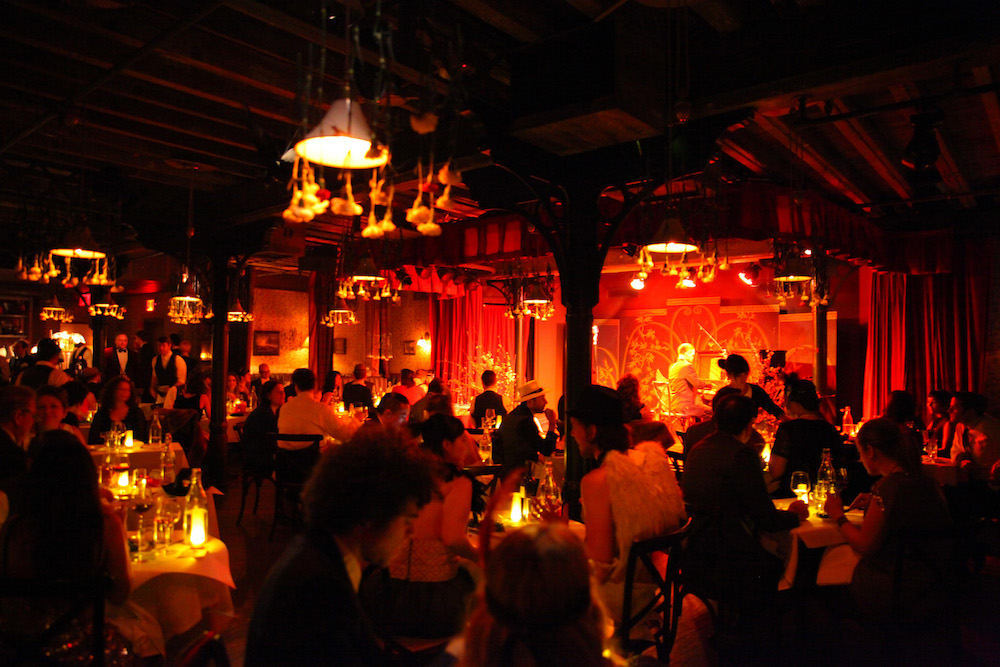 The Heath. PHOTOGRAPHER for The McKittrick Hotel

Just a floor below the Gallow Green, the venue of the show is nothing short of an enigma, itself. The Heath is a softly lit lounge-style bar with low café tables and bespoke furniture, perfect to host evenings full of thrills and intoxicated entertainment.

When Susanne emerges on stage, dressed in costumes like a sequined bodysuit with six-inches high ‘darling, I am a badass after all’ leather boots, she comes, and she sets the stage on fire by her fierce sense of style and also by her bold, racy and absolutely unrestrained words. Most of the time, Susanne is accompanied by her co-hosts, Ziegfeld Babe Dee Dee Luxe and Drag Legend Shequida Hall. Moreover, during the show many other artists like Fou York, Kyle Farmery, ballerina Lea McGowen, jazz singer Julia Rose and Aquaria appear with their versions of twisted yet unquestionably sexy acts in front of an enthralled audience of about 200, but the highlight of the evening is always Susanne’s jovial banters between her co-hosts and many members of the audience, itself. Some of the wild avant-garde acts include Dirty Martini, Murray Hill, Amanda Lepore, Perle Noire, Joey Arias, Albert Cadabra, and the wildest one… Amanda Hull/Mouse.

The show ends at the Heath, but the sheer level of excitement and energy of the place remains with the audience for several days to come. Maybe it’s the same energy that inspired the people at McKittrick to extend the show’s contract until August 17th. So, if someone wants to experience the true-blue NYC midnight madness, watching this show is a top recommendation. For tickets, visit the McKittrick Hotel website.